Burna Boy’s ‘African Giant’ album cover, he portrays himself as a pan-African leader common in the continent which started at the beginning of the 20th century (Spaceship Entertainment 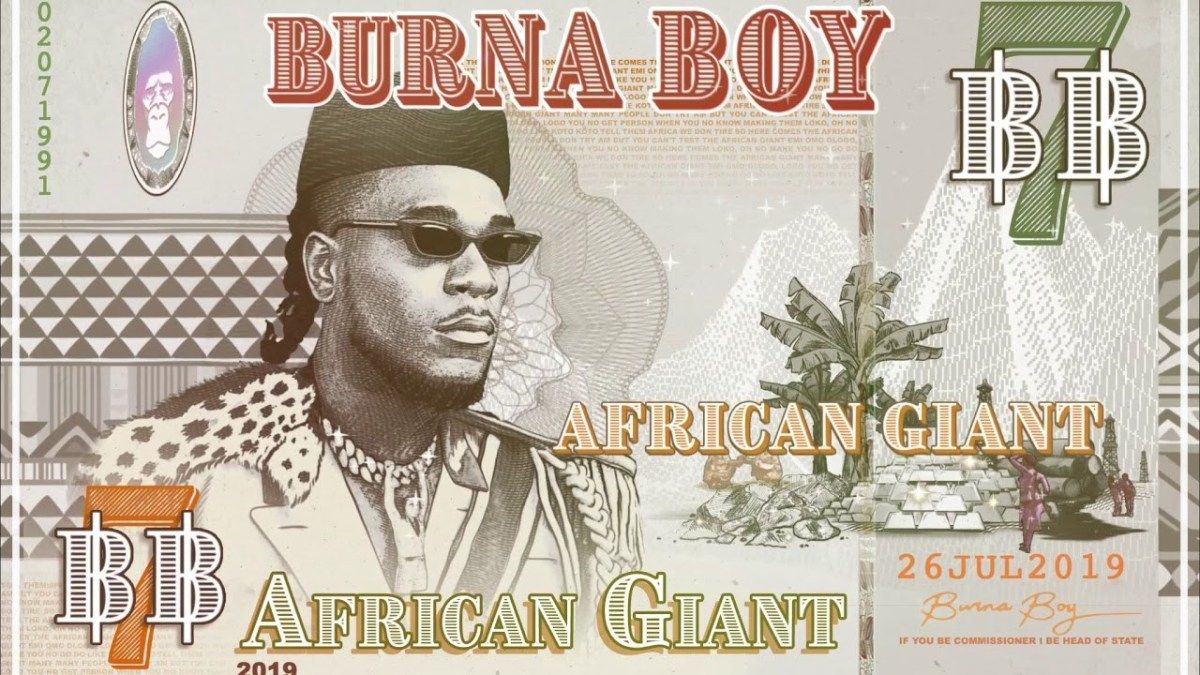 On September 18, 2020, the Grammy-nominated album, ‘African Giant’ by Nigerian superstar, Burna Boy was certified silver in the UK. By so doing, Burna Boy became the first Nigerian artist with a certified album in the UK.

ALSO READ : Fans Of Burna Boy & Davido Fights Dirty Over Who Is Superior To The Other

#TWICEASTALL 🦍. Thank you to everyone that continue to support and listen to the music 💯🦍 https://t.co/fl8dzeGIw3

A silver certification in the UK means an album has sold an album equivalent of 60,000 copies. This came after news that ‘Own It’ by Stormzy featuring Burna Boy and Ed Sheeran has a two-time platinum certification for selling 600,000 copies.

ALSO READ: “You need a wife like my own” – Burna Boy Says As He Shows Off Customized Diamond Chain His Lover Bought For Him (Video)

On June 4, 2020, it was announced that ‘Be Honest,‘ the 2019 single by British singer, Jorja Smith featuring Grammy nominee, Burna Boy has been certified platinum in France.

A gold plaque could also be handed to an artist whose single has been streamed 15 million times in the country. Thus, 15 million streams of a single in France is equivalent to 100,000 pure sales.