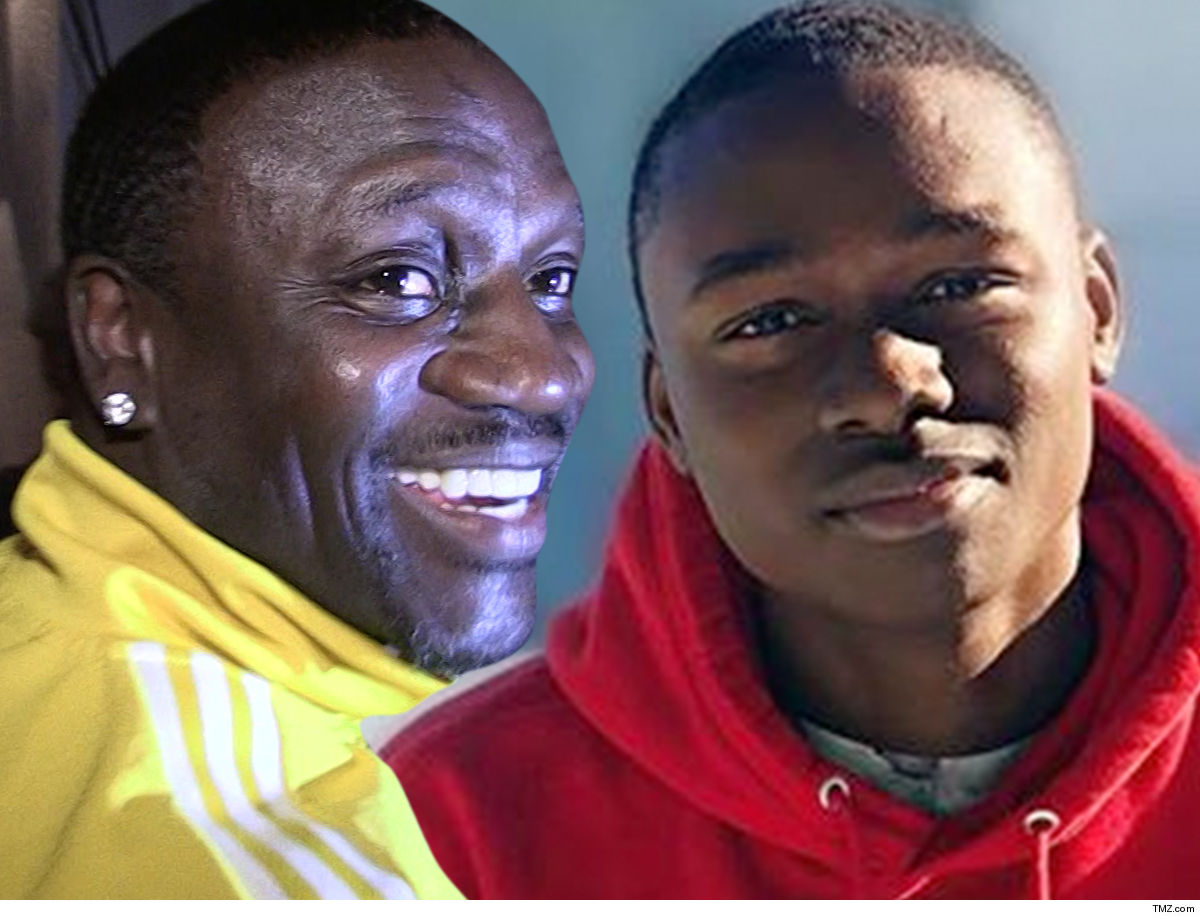 The American born Senegalese singer says his 15-year-old son, Jahvor — aka Jah — is getting ready to drop his first EP with some major help from his favorite producer. Akon tells us Jah will appear on his Konvict label sometime in June. We got a sampling from one of the tracks, called “Locked Away” and it features, of course, Akon.

Akon‘s ready to show off the most prized artist on his roster … his own son!!!

Goes without saying … Jah’s got his pops’ voice.

Ya might be thinking … Jah’s song is about his dad doing time behind bars back in the late ’90s and early 2000s, but you’re dead wrong. Akon tells us, “My son wrote the chorus and his verse to symbolize how a kid could be mentally ‘locked up’ and can’t escape the inevitable ways of the streets [and] becoming a product of the environment.”

Also happens to be Father’s Day that month. Congrats!!!

Tacha called out for showing off fake designer shoes

You are my shining jewel, Bambam tells newborn