Bbnaija Avala and Isilomo became the first housemates in the 2019 edition of the Big Brother Naija Reality show to be evicted, after scoring low in a challenge.

However Avala and Isilomo were eventually evicted, after scoring the lowest in the marble challenge initiated by Big Brother. Isilomo scored 2, Khafi scored 4, Avala had 3 while Gedoni scored 5 in the challenge. 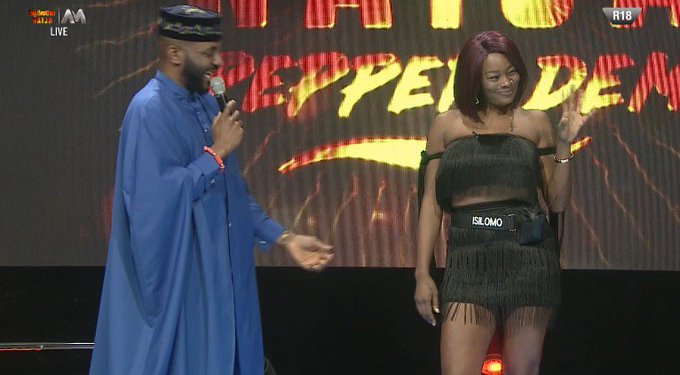 See why Davido says he needed some cleansing to do

Read details of how lady accuses D’banj of raping her

RAPE AND RACISM: D’banj reveals what needs to be done

Dying Wish of Avengers Super Fan Granted by the Actors before his...