Nigerians, mostly of Igbo extraction seized Twitter Nigeria on Saturday to mark what they called ‘Biafra Heroes Day”.It was also a remembrance of the war itself, which broke out 6 July 1967 and ended 15 January 1970

The war remembrance was marked with two hashtags,#BiafraHeroesday and #ozoemena, which means ‘may this affliction never come again’.

Some comments shared on the social media platform, dredged up some heroes of the war from the Biafran side.

Notables of them were the war leader, Odumegwu Ojukwu and the legendary broadcaster, Okonkwo Ndem, both late.

Some contributors shared memories of the war, with photos of Kwashiorkor children and devastated Onitsha.

They also vowed that never should the country go through another civil war again.

However, some mocked the end-of-war policy of ‘no victor, no vanquished’.

For members of the Indigenous People of Biafra, which masterminded the hashtags, the Igbo are still the vanquished in Nigeria.

The war, to the victims and their descendants, the war would never be forgotten.

The Nigerian Civil war began on 6July 1967 and ended 15 January 1970. The war began two months after Ojukwu declared a Republic of Biafra.

Here are some of the tweets shared on Saturday:

“Onitsha was razed down by the invading Nigerian army. Today, it has been rebuilt without a single input from the FG”, wrote Uche P.OKoye

Okonkwo Ikenna paid tribute to the Biafran leader, Odumegwu Ojukwu in his own tweet: To Ikemba Africa. Courageous & brilliant. You could have sold us for your peace & rank. You could have preserved your father’s wealth. But you laid all down to protect your people. We will never forget your sacrifice”.

Selmade Udemba gave a book list to every Igbo youth : I think Every Igbo youth should be intentional, take out time and seek for knowledge and know more about the struggle that led to War.”

Onyedika Anambra who styles himself Mayor of Anambra said: “Today, we pay Homage to over 3.5 Million Igbo Men, women and children, who lost their lives during the Biafran War. Never shall we forget our heroes and heroines who layed their lives for our Freedom.
Your Struggles will never be in Vain”

“My grand ma was separated from her children during the war. She lost brothers & sisters.
My parents saw death with their eyes.I believe in a progressive Nigeria, but we can never forget.Today, we remember the millions of #Biafrans, lost to the civil war”, wrote Dr Chioma Nwakanma.

Read some other tweets:

50 Years after the civil war, there are still deep seated hatred and bigotry against the Igbo. If we must preach Unity and Peace, we must preach it on the altar of Justice and Equity.

May we never go this route again. 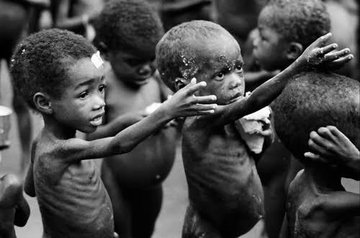 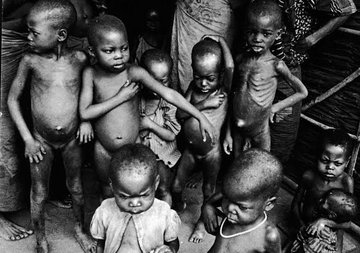 My grandma told me how she fled and left behind her sick mum who couldn’t walk nor run, she later starved to death

She left with the portion of foodstuffs she could carry.

I imagined how many days the foodstuff sustained her & the kids

#Ozoemena simply means may affliction not rise a second time. No matter what side you are on, even if you sit on the fence, the effects of the Nigerian Civil War are too dire for anyone to want a repeat. We remember the heroes who gave their life for this unity. #ozoemena

We honour the memory of those who died during the Biafran War. May their souls Rest In Peace.#BiafraDay #BiafraRemembranceDay #ozoemena 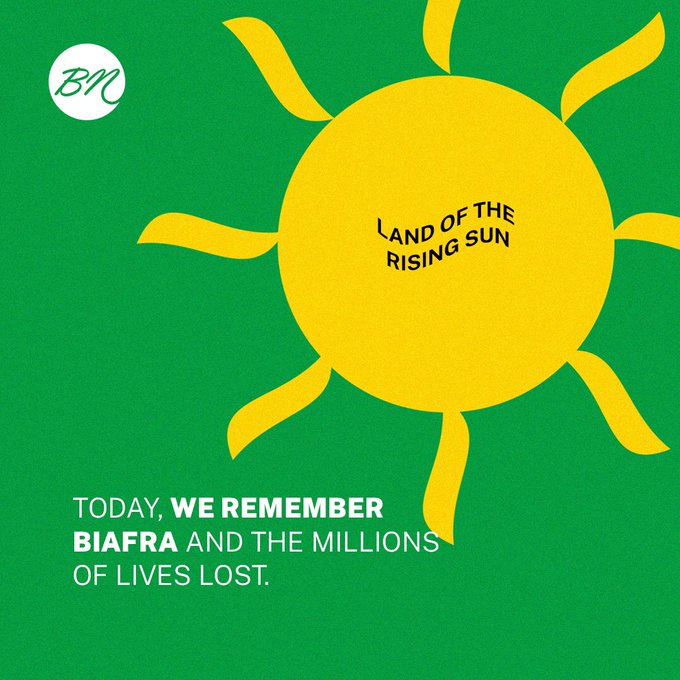 Now, do you know that Biafra, a 3year old nation had a standard Research & Production unit (RAP), which Independently oversaw the development of armour tanks, conversion of commercial planes to fighter jets & the popular “Ogbunigwe”. 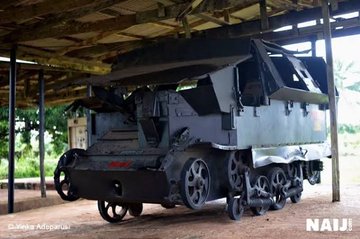 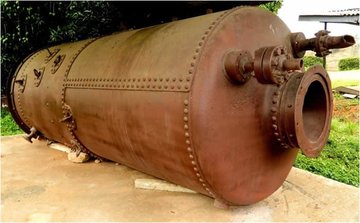 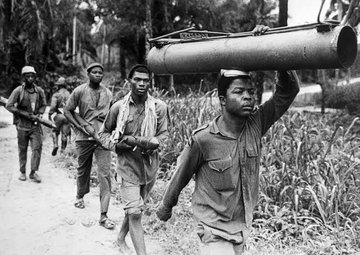 But lest Nigerians forget: the war was a culmination of a chain of events.

It was masterminded by Igbo officers in the Nigerian army and left a trail of bloodshed.

The country’s political leaders were killed.

Among them were the prime minister, Tafawa Balewa, a northerner.

And there were also the killings of several military officers from the North.

Curiously the coup plotters spared Igbo leaders. Premier of the Eastern region, Michael Okpara was not taken out.

Nnamdi Azikiwe, the titular president was out of Nigeria.

Anger was sowed in the north. Then came the counter-coup of July 25 1966, with attendant bloodshed.

Aguiyi-Ironsi, an easterner and the head of state was killed, along with his western Nigerian regional governor, Adekunle Fajuyi.

The killings of easterners, in genocidal proportion occurred in the north. Many moved back to the east, in droves.

Odumegwu Ojukwu, who was governor of the east, declared Biafra Republic on 27 May 1967.

SO TOUCHING!! Black man sentenced to 48 years imprisonment after lady dreamt of him