Poverty stricken Mentewab Dawit Lebiso, who is the biological mother of Angelina Jolie’s adopted Ethiopian daughter Zahara, has made a heartfelt plea to Jolie to let her have access or at least be able to talk to her daughter on the phone.

Lebiso who gave birth to her daughter when she was only 19 in 2005, says she doesn’t know the father of her baby because she was brutally raped by an unknown man who broke into her grandmother’s house in Shone, while she was there for a visit.

She said when she gave birth to her baby girl, she named her Yemasrech, which in her native Amharic language, means ‘good news’. 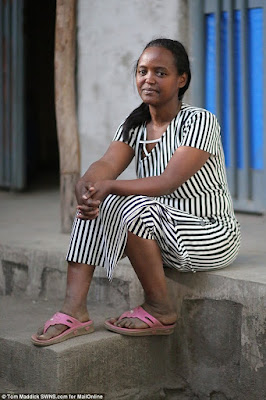 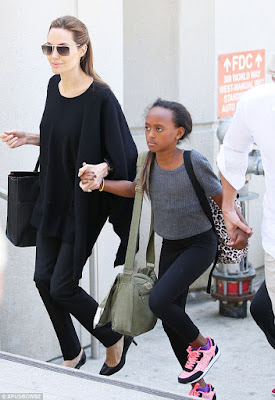 She said after she got pregnant from the rape, she was too scared to tell her parents, but when the pregnancy began to show, she was forced to tell them.

She said after she confessed that she was pregnant, her family initially disowned her, so she went to live in the nearby town of Hosanna where she says she gave birth to her daughter in January 2005.

With no money and nowhere to live, Mentewab said her daughter became severely malnourished and was close to death.
“My baby was sick and I was very weak and sick after the birth,’ she said.

Lebiso’s mum, Almaz Elfneh, in a previous interview said Lebiso left the baby with her and ran away when she couldn’t provide for her anymore.

But Lebiso denies abandoning her child adding that she was simply too sick to cater for her. She said: ‘I could not look after her and my mother, uncle and his wife suggested I put her up for adoption. I was so weak I agreed. I agreed that she should be put up for adoption but if I had my chance again I would have kept her. ‘By taking her Angelina has saved my baby’s life and she also saved my life. I will always be very grateful to her for that.’ 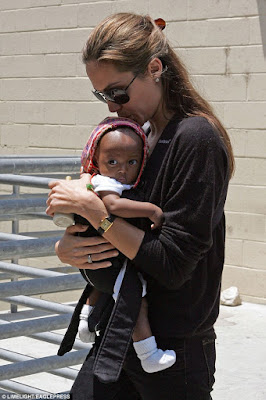 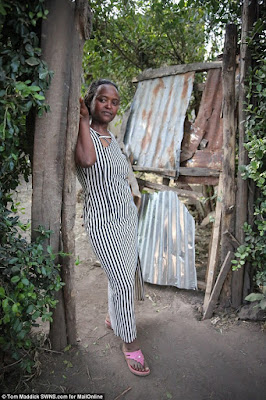 According to Daily Mail, Lebiso says she is desperate to be part of her 12-year-old daughter’s life.

She said she’s always dreamed of one day meeting the daughter she gave up as an infant – but said she would settle for the chance to just hear her voice over the phone. 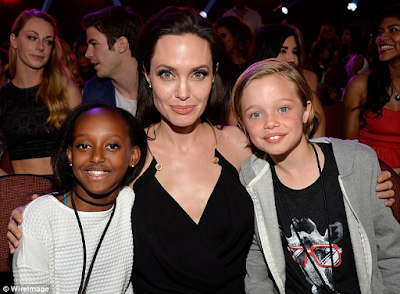 Lebiso who still lives in a ghetto in Ethiopia said:

‘I just want her to know that I am alive and here and long to be able to speak with her. I do not want my daughter back but just to be in contact with her and be able to call her up and talk with her’.

She said two years after the adoption, representatives of Angelina Jolie and Brad Pitt came to visit her and discuss possible future contact.

Singer Davido Shows Off Football Playing Skills While On Pitch With Perruzzi, Others (Video)

Kiss Daniel claims he was admitted into a Federal University at...

Bella Hadid:”No, I Didn’t Bang Drake … Not Me on ‘Scorpion”