Nigerian cross dresser, Okuneye Idris, popularly known as Bobriaky has confirmed to the public that his best friend, Tonto Dikeh was arrested in Dubai for fighting and cursing in public.

The rumor of Tonto Dikeh’s arrest went viral on social media on Saturday, 16th of November when a gossip blogger published the rumor and a few blogs circulated the story.

The blogger wrote that On Friday night (November 15th) at an event in a hotel in Dubai,Instagram drama queen Tonto got into an exchange of words with the security at the entrance and before anyone could say Jack,the brouhaha had escalated into one which involved the Police and arrests being made…

The blogger further revealed that According to sources ,Tonto arrived the venue of the event and the security refused to allow her in while others walked pass her into the event ..Tonto got upset and the sources who say she appeared high on something launched a verbal attack on the security guard and her two friends Timi and Bob shifted to the side when they could not stop her or control her….

She is quoted to have called the white security guard a ”Nigga” while yelling and cursing and asking him if he knows who she is………”Do you know who i am?Do you fvcking know who i am”
When it got out of hand the Police was called in and she was taken away…….
Insiders are insinuating that she might be deported………
Bobrisky has now taken to instagram to confirm the arrest while revealing that he will quit instagram temporarily until the issue us resolved. 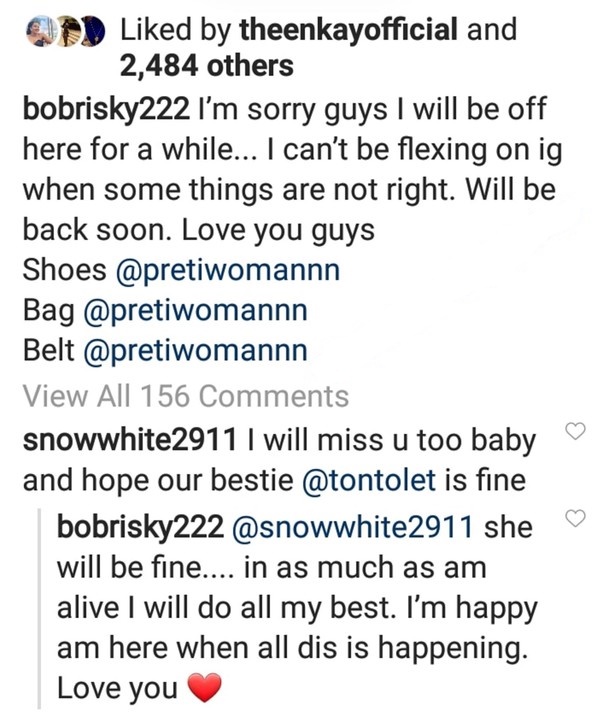