Aker Okoye,a Nigerian teenager, whose facial expression made headlines after he hugged Meghan Markle during her surprise visit to his east London school, has written a letter to Prince Harry to apologize for “cuddling” his wife. 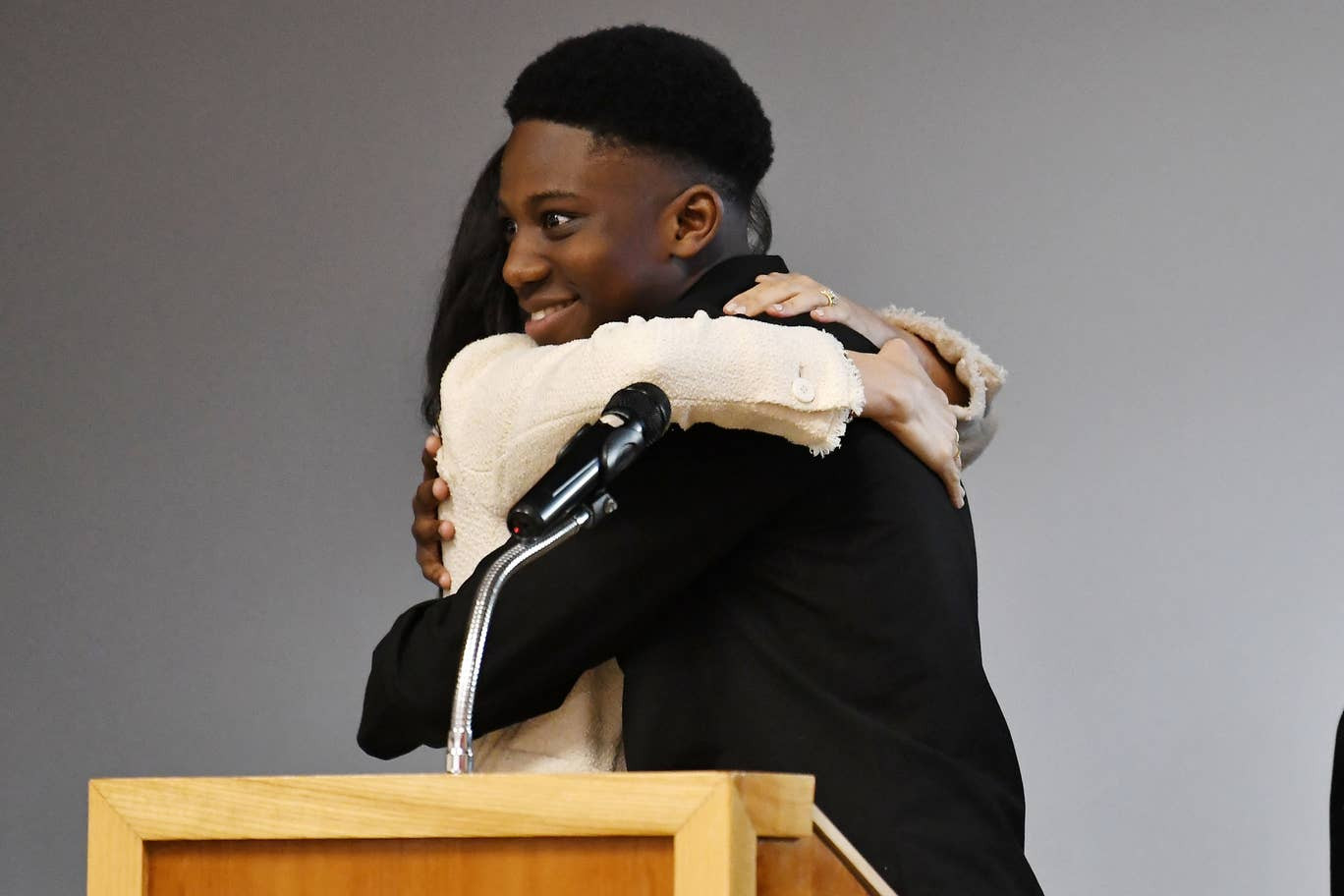 Megan had visited the Robert Clack Upper School in Dagenham on Friday to mark International Women’s Day, in what was her final solo engagement as a working member of the Royal Family, but it was the star-struck Nigerian Teen who stole the spotlight when he leaned in to give the Duchess a hug – much to the amusement of his classmates.

Okoye who is the head boy of his school, received a rapturous applause when he bounded on stage to embrace the Duchess of Sussex after she asked if anyone wanted to give a speech. 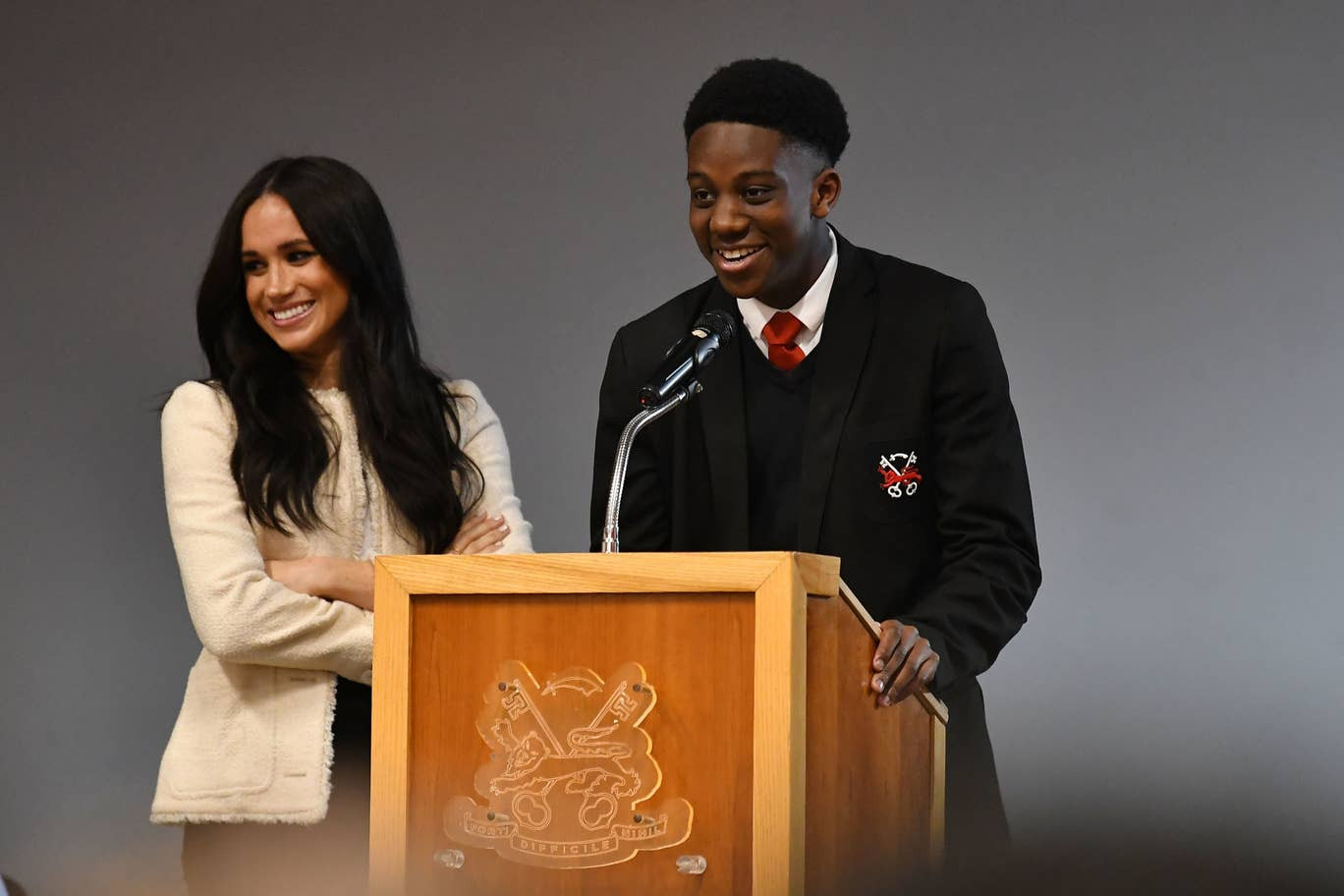 Speaking with The Sun, Okoye who revealed that it was ‘the best day of his life so far’ told the news outlet: “I’ve written the letter to make sure Harry doesn’t have a problem with it and to say sorry really and that I hope he didn’t mind.

Halima Abubakar threatens to expose celebrities, billionaires who are rapist

Actress, Eucharia Anunobi to wives – ‘Don’t let the lockdown turn you into pigs’

Uti Nwachukwu Threatens Lawsuit Against Lady Who Accused Him Of Rape

See photos of Tonto Dikeh’s before and after surgery