BEST AFRICAN ACT: Nigerian musician, Burna Boy has been announced as the winner of the Best African Act award at the 2019 MTV EMA’s. 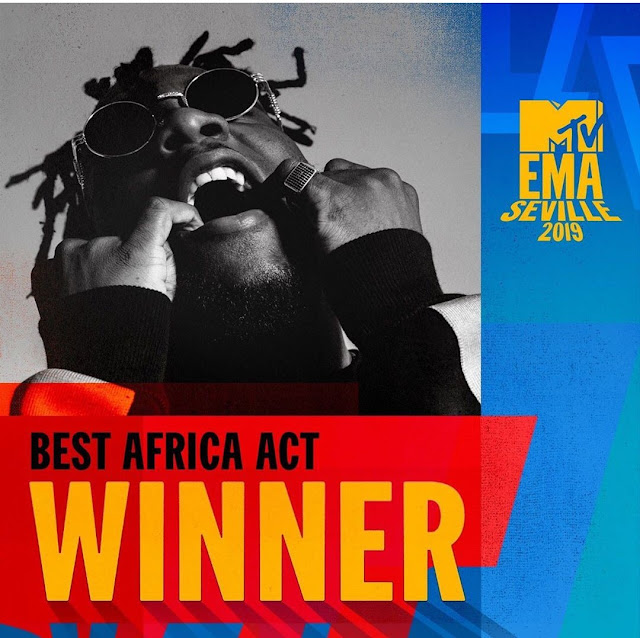 Burna Boys’s mom, Mrs Bose Ogulu accompanied the African Giant to claim his award and made speech on behalf of her song. Burnaboy’s mom stood addressed Crowd thank them for supporting His son ate the SSE Arena

Paul Pogba, Shares Colorful Photo With His Partner And Son

Jeff Bezos Will Attack Climate Change With His Own $10 Billion

Kobe Bryant Insane Tribute Lamboghini Up For Sale For $170,000(Photo)