Several years after he disappeared from the big screen, actor and TV reality show host, Chidi Mokeme has staged a comeback to his love-acting.

The  dapper, who last starred in a movie in  2016, after his excellent performance in  , ’76’ directed by Izu Ojukwu is starring in the movie,  “The therapist” alongside Rita Dominic. Other notable actors starring in the movie include, Anthony Monjaro, Michelle Dede, Saheed Balogun, Tope Tedela, Shaffy Bello, Toyin Abraham amongst others.

“The therapist” is an intriguing story of the realities of marriage and relationships which questions the anomalies of the age-long concept. According to the producer, Onome Odometa and director, Kayode Kasum , Nollywood is taking a deep dive into authentic storytelling and relevance as captured In “The Therapist” movie.

Set-in modern-day Nigeria, the plot tells a story of the lead character, Eloho Odafe who loses everything in a divorce to her abusive ex-husband after 11 years of marriage because of a prenup that was signed in the whims of love and affection. 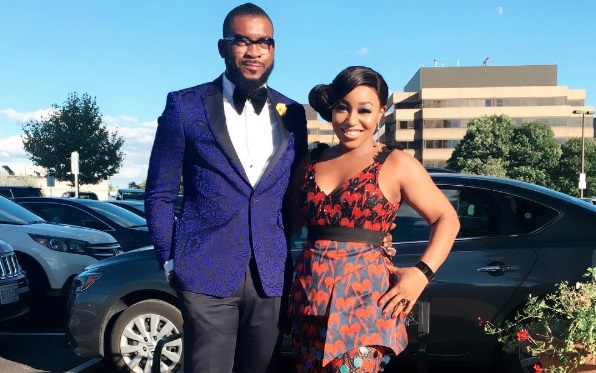 The movie  takes the viewers  on a journey of self-reflection on what is labelled as sacrifice and compromise in relationships and how far is too much.

We also love that on a quest for revenge it highlighted men who are also abused and manipulated and the fear of being emasculated has maintained the silence of it.

Its comedic approach adds a breath of fresh air to the entire movie, the perfect story told by the right people at the most relevant time is definitely one to watch.

The  captivating drama is due to be released  in the cinemas across the country   on the 26th of  March 2021.

#BBNaija: “I dreamt that you won the 90 million naira” – Cross tells Liquorose

I called out Churchill’s wife, Rosy for nothing because I wanted to be loyal to Tonto – Bobrisky

#BBNaija: “If Nini was a fake housemate, I would be enrolled in a psychiatric hospital” – Saga reveals (Video)

#BBNaija: “Why are you all acting weird” – Housemates in shock as Nini denies leaving the house (Video)

The 2face cancelled protest by Charlyboy