Popular Nigerian comedian and Noun,Unilag FM radio host, Ajibade Oyemade has died after a brief illness according to sources close to him..

According to reports, the funny and energetic Ajibade who recently celebrated his wedding anniversary, died on Wednesday, December 11th after a brief illness.

Until his death, Ajibade was a radio host with Unilag FM, Noun FM and hosts an annual comedy show in Lagos. 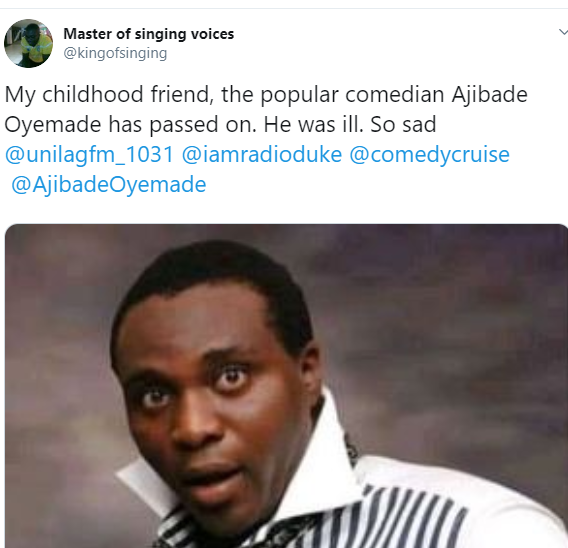 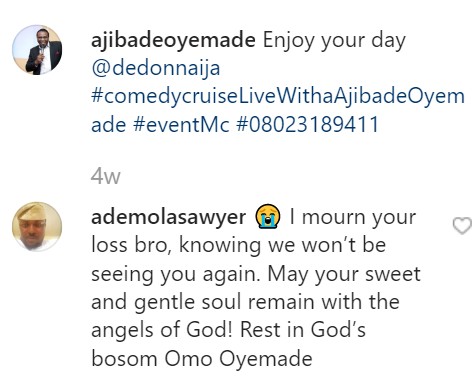