A 56 year old man infected with COVID-19 spat in another man’s face as they waited to board a train in Thailand. The coronavirus-stricken man later dropped dead.

Surveillance video shows the incident which took place on a train platform in Bangkok.

In the video, the Coronavirus patient is seen walking up to another man in line to buy tickets. He then spits on his face. 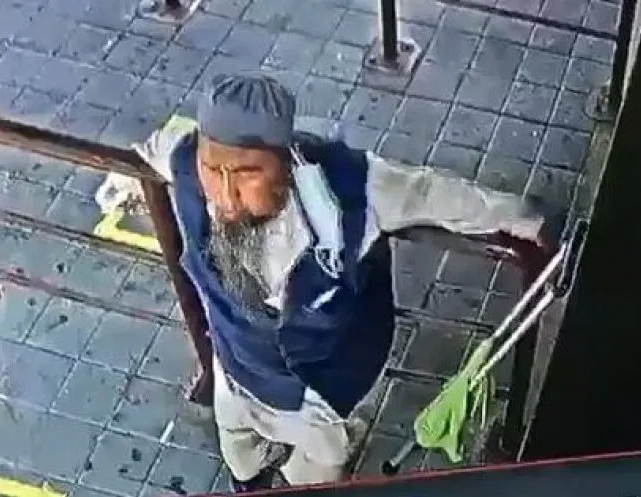 The sick man, 56-year-old Anan Sahoh, eventually dropped dead in front of an onboard toilet while on a train headed to Narathiwat, according to Metro UK, and medical personnel performed a coronavirus test that came back positive for COVID-19.

Fellow passengers say he was coughing and vomiting on the train even though he reportedly passed a mandatory temperature check in order to board the train.

Now, authorities in Thailand are on the hunt for the man who was spat on, but so far he remains on the loose.

The director of Thailand’s State Railway, Thakoon Intrachom, said: “We are now worried about a man that was spat at in the security camera footage. Initially, we coordinated with the railway police but they have not found him yet.”

“We want to announce that if anyone knows him or if he has heard about the news, then he should please go to the hospital immediately.”

However, the man developed a cough and vomited during the journey, during which train staff took a picture of him and his ID card. But his condition had improved by the time the train reached Hua Hin railway station. 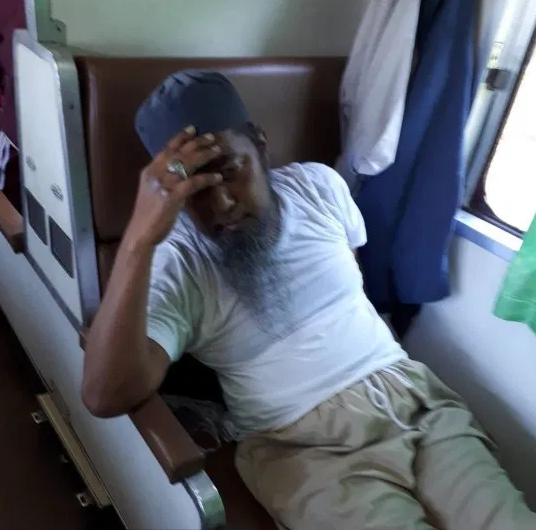 Officials checked his temperature again and it still measured 36C. They advised the passenger to take a rest at Hua Hin station, but he insisted on continuing his journey.

At about 10.15pm, train staff found the passenger collapsed in front of a toilet when the train reached Prachuap Khiri Khan’s Thap Sakae district. 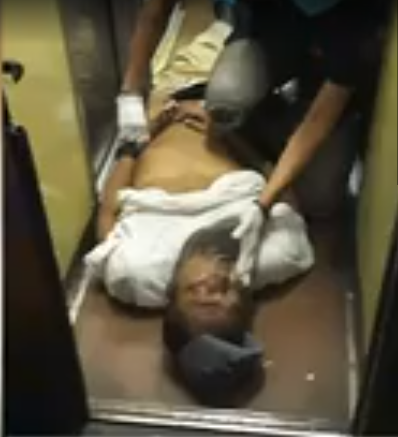 Medics performed tests on his body which returned positive for Covid-19. He also had diabetes.

It’s believed 15 passengers were on board the same carriage as Anan. Officials said they quarantined 11 people, including two rail staff from Bang Sue station, a security guard, seven railway workers and a railway police officer.

Following Anan’s death, the carriage was disinfected while the other passengers were ordered to quarantine for 14 days

Below is a video showing the moment Anan spat on another passenger.

#ENDSARS: Youths Of Agugu Rescues Policemen, Chased Away Hoodlums Who Came For To Kill (Video)

JUST IN: Yet Another COVID-19 Palliative Discovered In Ede, Osun State (VIDEO)