Popular Nigerian singer Davido Adeleke aka Davido has so much money that he cares less about little currencies such as the N200 naira Nigerian notes and he has taken to social media to openly flaunt his disrespect for the currency.nigerian

It can be observed from the photo that the singer captured the moment from a night club, and he unapologetically posted it on his Instagram stories to showcase his rich and expensive lifestyle for fans on social media.

In the picture, Davido was spotted stepping on a pool of clean N200 notes which appeared to have been sprayed earlier on.

The 30 Billion gang leader is well known for depicting a luxurious life on social media. While some fans believe he fakes some stories for the gram, others see him as a small god.

Check out the photo he shared below: 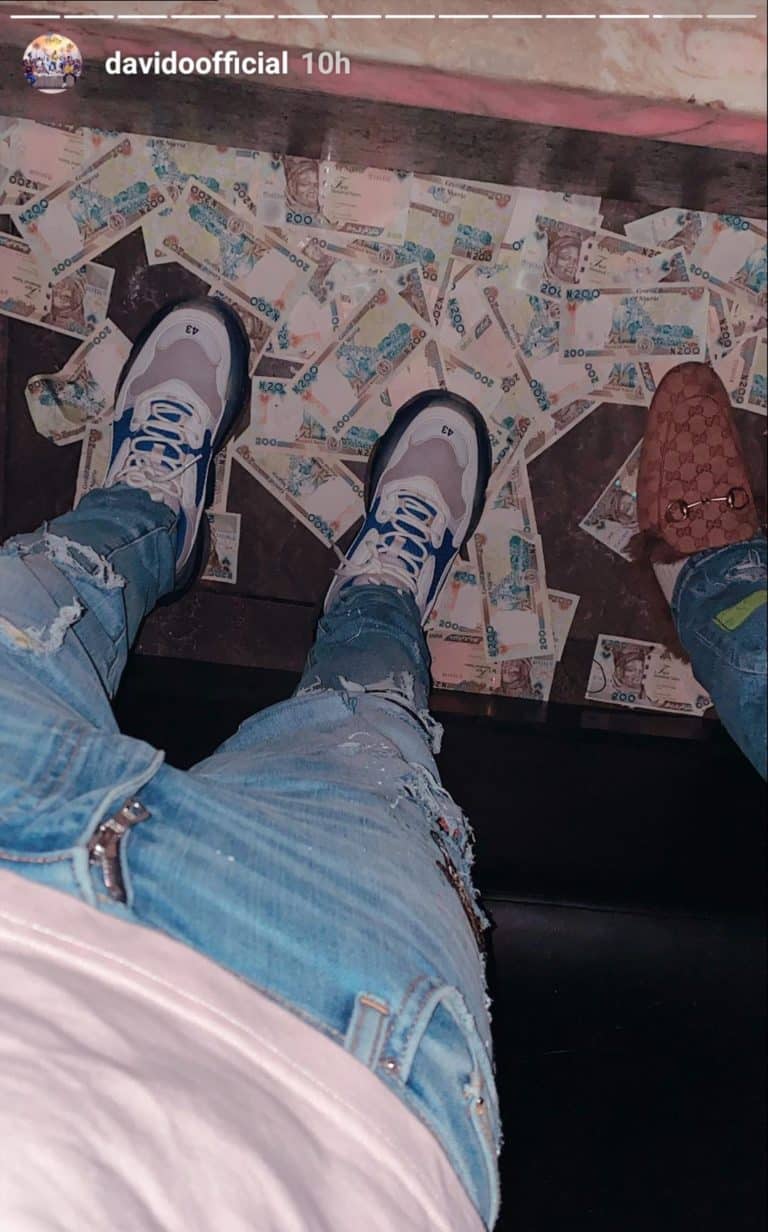 BBNaija Reality Star, Vee Gets First Ever Tattoo On Her Wrist (Photos)