Davido took to his SnapChat page on Tuesday to make the declaration.

“I love my babymama,” he declared. “Sophie we up.” 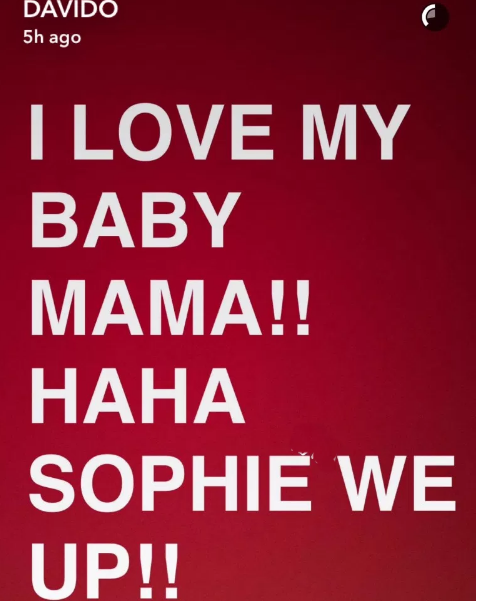 Davido’s love declaration comes shortly after rumor came out that he is expecting baby number two from an Atlanta based girlfriend, girlfriend, Amanda also known as Mandy.

Actress Hilda Dokubo recounts how she almost became a prostitute

Africans love being lied to – Dencia