DMW boss, Davido has sent a congratulatory message to South Africa rapper, Cassper Nyovest over his current attainment as he was accepted by music fans as he got over 68,000 fans to filled the Soccer City Stadium in South Africa.

Davido hailed the rapper and described him as a ‘LEGEND’. 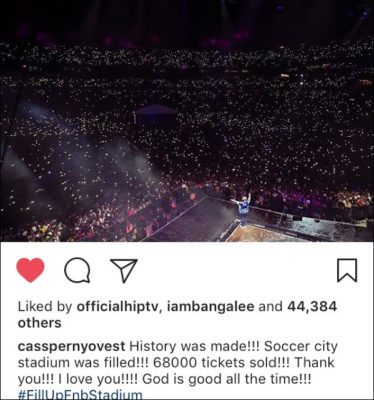 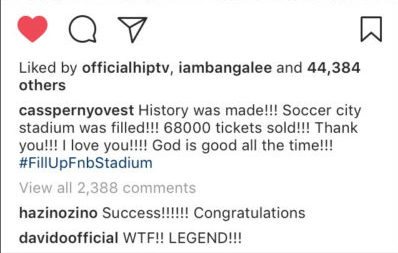 ”Moved to banana with money I made from singing about bananas falling”-Davido joked as he moved to Banana island.

Singer, Zlatan Ibile rains heavy curses on lady who said he will soon fade away

At ‘Black Oscars,’ those once excluded by Hollywood honour their own

40 count charges brought against Tompolo and others