Davido has written a disclaimer debunking rumors that he is an ambassador of COZA (Commonwealth of Zion Assembly).

Following the release of a viral video, the video showed Davido, a little girl and a lady talking about a 12 Days of Glory Christmas event set to take place at the church whose leader, Pastor Biodun Fatoyinbo, was accused of rape by Busola Dakolo.

Hey fam, hope you are planning to be at the 12 Days of Glory 2020 in COZA. My friend @davidoofficial says that he puts God first in everything. You should do the same. See you then! @biodunfatoyinbo @cozaglobal #12dglouditchallenge #12DG2020 #cozaglobal #biodunfatoyinbo #COZA12DG2020 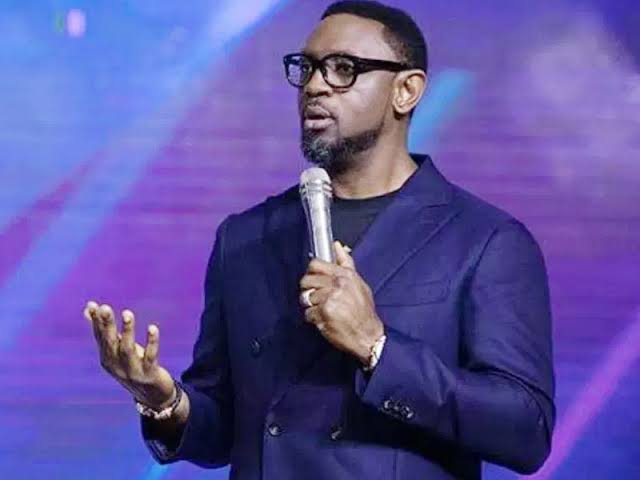 And months ago Davido took a stance with Busola Dakolo and her allegations against the pastor. He even went further to attack businessman Wale Jana for supporting Fatoyinbo.

This made people wonder why he now decided to appear in an advert sponsored by Fatoyinbo’s COZA church.

Issuing a statement to clear the air, Davido addressed the rumors. He disclosed that he made the video for personal use and it wasn’t made for advertisement purposes.

He has since asked for a retraction of the video else he may take legal actions.

“I’m writing to quickly disclaim viral videos going round of me advertising for Coza event to come up I want to say I have NOTHING whatsoever to do with the church!!!”

“The fact I did a quick video for a kid introduced as a fan just for her personal use and it was chopped up and used for such an advert extremely disappoints me. It’s fraudulent and extremely disrespectful!!!”

“I have never and most certainly am not associated in any way with Coza church and have reached out to those responsible for this madness immediately!! I will most certainly be proceeding further if you do not retract that video immediately!!! A word is enough!!!!” 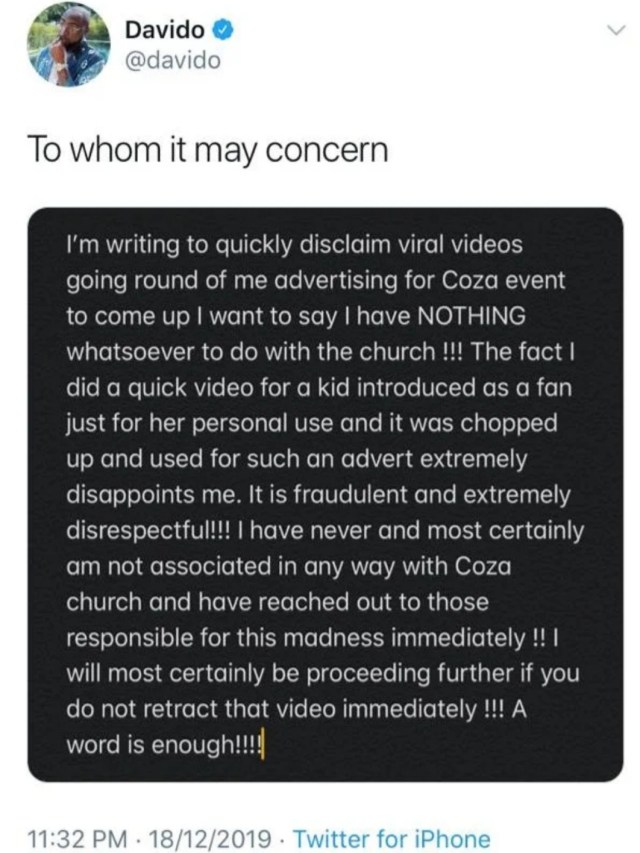 Prince Charles Recovers From Coronavirus Checks Out Of Self-Isolation

Ooni Of Ife reveals herbs that can treat coronavirus

Prince Harry and Wife Moves From Canada To US,Trump Vows Not To Pay For Their Security Protection