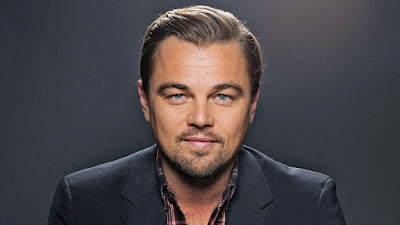 Renowned actor Leonardo DiCaprio has voluntarily surrendered several works of art worth millions of dollars and an Oscar statuette that once belonged to Marlon Brando to the U.S. Government, as part of its ongoing investigation into a money laundering operation connected to Malaysian prime minister Najib Razak.

The works of art were reportedly gifts from Malaysian financiers connected to Riza Aziz, co-founder of Red Granite Pictures, the outfit that produced the DiCaprio-starring “The Wolf of Wall Street.”

The Justice Department has been carrying out an investigating to determine whether Aziz assisted his father-in-law, Prime Minister Razak, in embezzling more than $4 billion, some of which was used to finance Red Granite, and several of the company’s films.

The surrendered items include: a Picasso painting, “Nature Morte au Crane de Taureau,” valued at more than $3 million; a Basquiat collage, “Redman One,” valued at at least $9 million; a Diane Arbus photograph valued at $750,000; and the Oscar Brando won for his performance in “On the Waterfront.” The paintings and photograph were included in a 250-page forfeiture complaint filed last week by the Justice Department.

However, representatives for DiCaprio say that the paintings were surrendered to the government before the complaint was filed. The Marlon Brando Oscar, a set gift from Red Granite, was not mentioned in the Justice Department complaint, but was turned over voluntarily along with the other items.

The 42-year-old actor’s reps also said that the works of art were intended for an upcoming charity auction and never for DiCaprio’s personal collection.

Representatives for DiCaprio said in a statement: “Last July, upon hearing of the government’s civil action against certain parties involved in the making of The Wolf of Wall Street, Mr. DiCaprio’s representatives – working under his instruction – initiated contact with the Department of Justice.

This effort was to determine if there were any gifts or charitable donations originating from the parties named in the civil complaint, and to offer the return of any such gifts or donations with the aid and instruction of the government.”

The statement continued: “Prior to the government’s filing of the civil pleading today, Mr. DiCaprio initiated return of these items, which were received and accepted by him for the purpose of being included in an annual charity auction to benefit his eponymous foundation.

He has also returned an Oscar originally won by Marlon Brando, which was given to Mr. DiCaprio as a set gift by Red Granite to thank him for his work on The Wolf of Wall Street. Mr. DiCaprio is grateful for the support of the government in this effort, and continues to hope that justice is done in this matter.”