Shakarasquare
Home Entertainment DJ Khaled praises Nipsey Hussle on day ‘Father of Asahd’ Album release...
Share on Facebook
Tweet on Twitter
DJ Khalid offered nothing but love and praise for Nipsey Hussle who appears on his new album in one of the last projects Nip ever worked on.

Khaled was in NYC Friday — to promote his new album, “Father of Asahd” — and we asked about a special track he has with Nipsey and John Legend. It’s clear to see, Khaled was touched, and loved working with Nipsey. 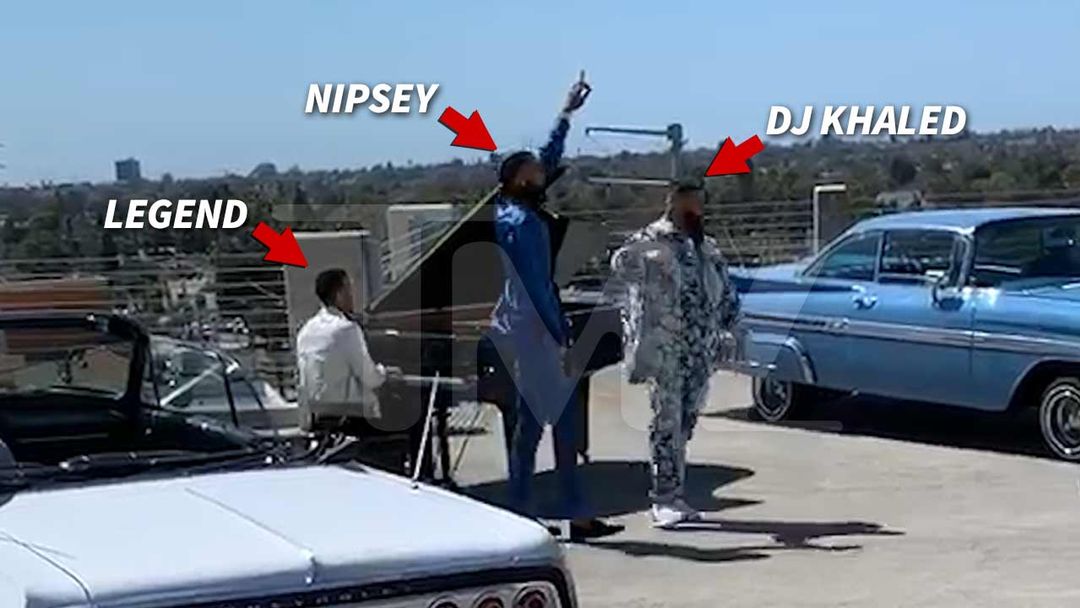 TMZ obtained footage from the set of the music video with Nipsey and Legend in what we’re told was the last music video Nip ever shot. The three stood on top of a parking structure with tricked out cars and a piano … the song is called “Higher” and has an emotional feel.

Khaled also shouts out “The Marathon Continues” — Nipsey’s famous slogan, tied to his clothing store — throughout the interview before heading to Times Square for more album promo. Khaled will also be on ‘SNL’ this weekend.

Nip isn’t the only celeb on Khaled’s latest project … he’s also got Travis Scott, Cardi B, Lil Wayne, Jay-Z and a ton of others.

Katie Price reveals why she hope her son dies before her

Don Jazzy in love with plenty women, wants to marry all

D’banj sues lady who accused him of rape for N1.5bn

”I have over ‘2.1million views already’ – Rudeboy Excited As His Song ‘Woman’ Becomes Hit

Here Are Guidelines For The Incoming BBNaija Housemates

Model with tribal marks Adetutu turn up braless to an event...