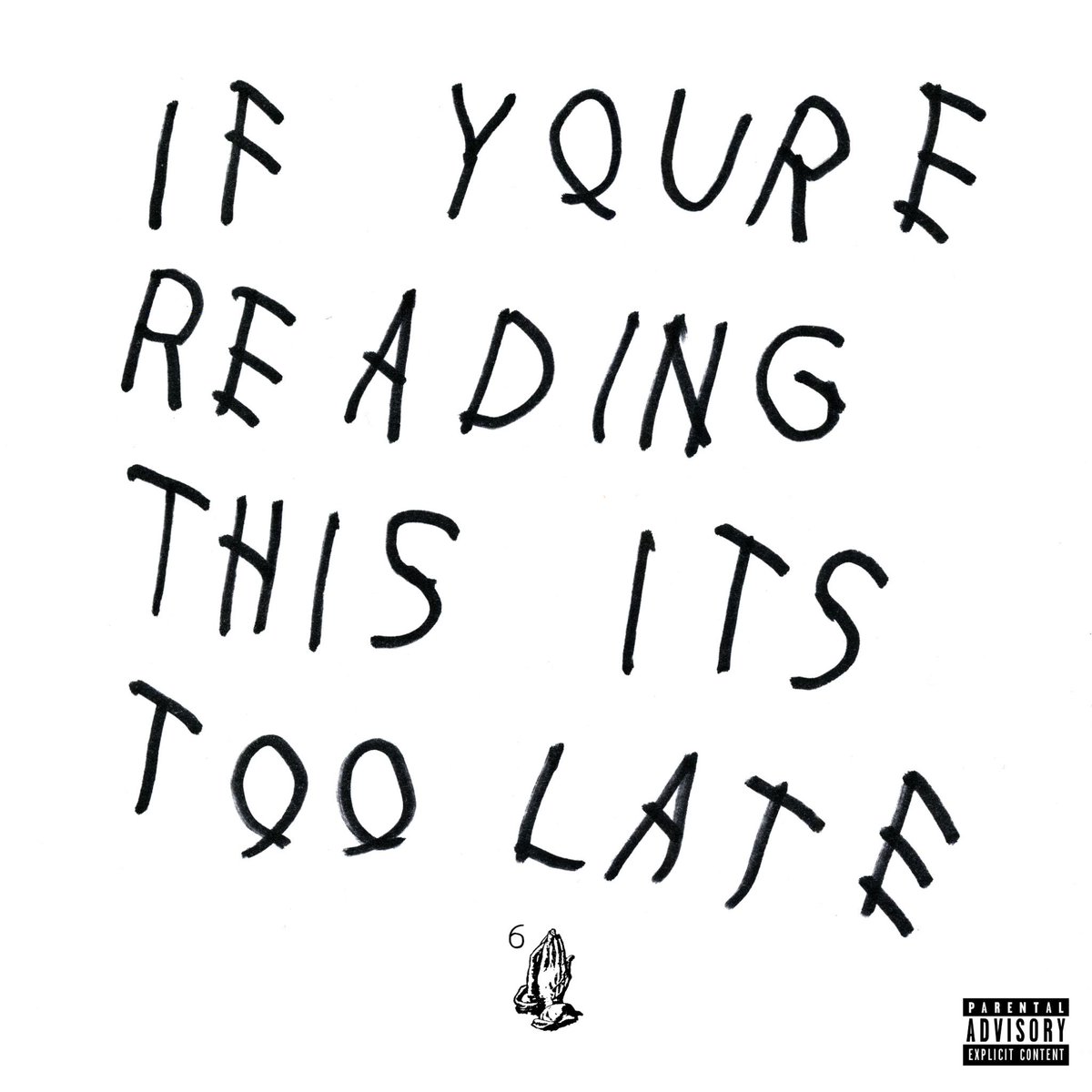 Drake has been a busy boy. The rapper and ex-Degrassi star, who appeared in 15-minute art film Jungle, released earlier in the day, has just put out an unexpected album via Twitter.

Drake linked to the collection, titled “If You’re Reading This It’s Too Late” via Twitter just before midnight ET. The project is 17 tracks long, features collaborations with Lil Wayne, Travi$ Scott, and PartyNextDoor, and is available on SoundCloud or on iTunes for $12.99.

Drizzy’s appearance in Jungle earlier in the day, in which he walked around Toronto to the tune of new music, tipped off some fans to the imminent reveal of something Drake-related on the horizon. The surprise album drop is still a pleasant shock to fans, but it’s certainly not unprecedented — the tactic was used most successfully by Beyoncé, whose self-titled fifth album captivated the internet when it launched without fanfare on iTunes in December 2013.

“If You’re Reading This It’s Too Late” comes almost six years ago to the day that Drake released his last mixtape, 2009’s “So Far Gone.” The rapper appears to make reference to the number of years since he blew up in a set of the songs on the new collection, and back in July last year, he announced that his next album would be titled “Views From the 6.” It’s not yet obvious whether this latest release is that album renamed, or a stopgap until his next studio release.