Ebonyi state governor threatens to declare 15yr old girl, Uzoamaka, wanted if she is not returned by new guardian in 7 days 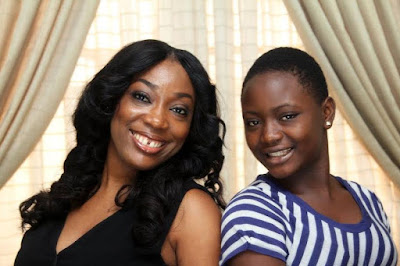 Governor David Umahi of Ebonyi State has ordered the return of the 15-year-old girl, Uzoamaka Chukwu,who was stripped and tortured early this month by some people in Uburu, Ohaozara Local Government Area.

Umahi, who gave the order on Sunday when he visited the family of the teenager at Umunaga Uburu, said her return would enable state government take full responsibility of her rehabilitation & training. 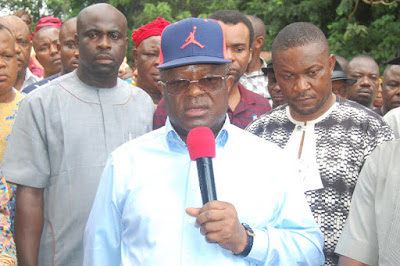 Although Uzoamaka was last week reportedly taken custody of by an Ebonyi State-born Port-Harcourt-based businesswoman, Ms Rita Nnenna Anoh, Umahi said she must return within seven days or be declared wanted because she remained a property of state.

Umahi, in a statement on Sunday night by his Chief Press Secretary, Emma Anya, said, “Government is asking that wherever she is, she should come back so that we can take over her training from secondary school to university level. We will also be able to rehabilitate her.

“ We are giving seven days for her to come back. We don’t know where she is but we ask that she must return because she is the property of the state.”

The governor, who also promised to improve the welfare of the girls family, reiterated his administration’s willingness to see that justice was done. He added,

“The matter is before a competent court; ,so we may not say much but on what we saw,we felt very bad as a people,as government and as brothers and sisters of Uzoamaka. “We feel that is a gross violation of her right and man’s inhumanity to man. “So we are very sad about it and that is why I directed that all of us should come to take over the responsibility of the girl.”

“The government’s intervention would not disrupt justice in the case, as we would ensure that such incident does not repeat itself while thanking the family for its belief in the government’s ability to handle the issue. The case in court will continue to run its course and justice must also be done in that direction,” he emphasised.

Responding, Elder Francis Odabe, who responded on behalf of the family, appreciated Governor Umahi as a passionate leader. He said,

Odabe promised on behalf of the family to do everything possible to ensure that Uzoamaka was brought back home within the seven days given by the governor. The governor made the visit in company with some members of the state Executive Council and political stakeholders from old Ohaozara LGA.

Enugu Government Retaliates,Demolishes The House of Man Who Pulled Down Airport Fence Over Land Ownership (Photos)