CEO of MegaMusicGroup, Ugybeatz, Kelly Hansome  who in the mood of celebrating his birthday with his fans yesterday, January 18, officially releases his Extended play (EP) titled “4Play”, as #Shakarasquare  was there live.

The artist who has always been seen as controversial thrilled fans to an energetic engrossing performance last night, at the Nigeria Music Industry Nite, Spice Route, Victoria Island.

Among all other artists who were at the weekly event to show him love was “African Queen” crooner, 2face Idibia who also made a captivating performance depicting his-ever-relevance in the Nigeria music industry.

Hansome’s body of work, 4Play contains 12 tracks, 5 of which are bonus cuts of previously released singles, and his Ugly Beatz team consisting of Regiz and Otyno handled a bulk of the production on 4Play The EP, DJ Coublon, and Stunna make up the only 2 external producers on Jide Ofor and Hot Nigga respectively.

A-list singers including 9ice and Oritse Femi are featured in tracks ‘Amamihe‘ and ‘Money Palava‘, where they add their unique flavors to the EP packed with the right tracks to keep fans happy as well as convert new ones.

Kelly Hansome, a businessman, who believes in money and God, as he always says, revealed to #Shakarasquare in an exclusive interview at the event that the unfavorable nature of the country’s economy is responsible for fixing the the release of the EP on his birthday, to avoid much expenses.

He said the 4play is an appetizer, that fans should expect something big coming soon.

See images below, video of performance to come in shortly 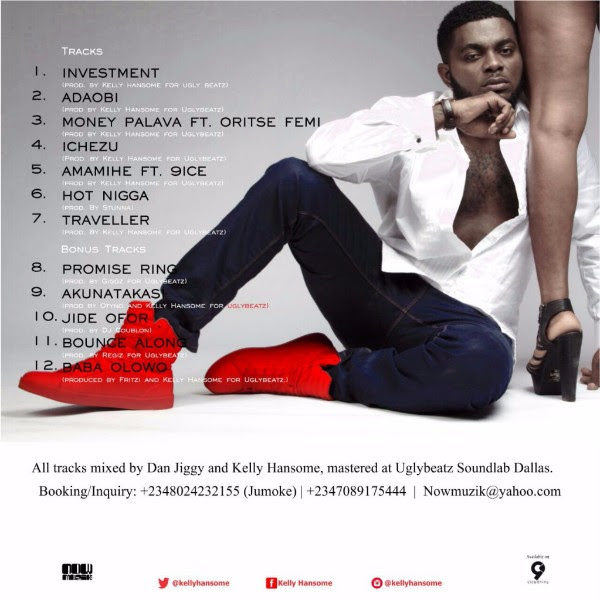 Jombo-Rodriguez: Nollywood is paying the bills