Five members of staff of Okomu Oil plc, in Edo State were on Friday evening burnt to death in a road crash that occurred along Benin/Iguobazuwa road, in Ovia South-West local government area of the State.

The accident occurred when the bus conveying the victims from Extension 2 farm of the firm to the head office of the company at Okomu community, rammed into a lorry that crossed the road. 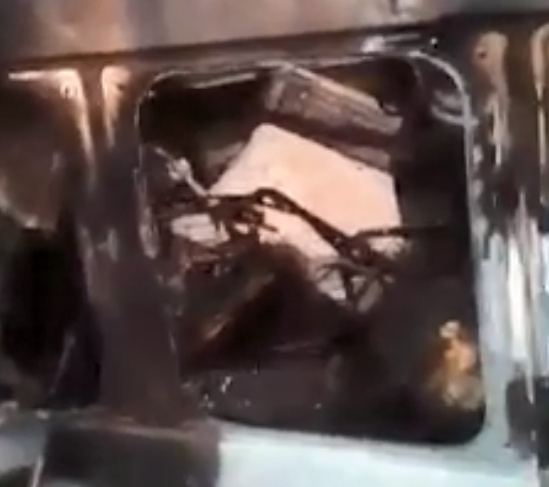 Two others were said to have sustained serious injuries in the ghastly accident and  are said to be currently receiving treatment.

According to an eyewitness, Max Iyase, they could not render assistance to the victims, as the flame was ferocious. He identified one of the victims as Elvis Odia, a married father of two.

“Yesterday experience on the road was so horrific as I drove into the scene of the accident along Benin Iguobazuwa road which had many people burning inside the vehicles. I met a crowd of commuters pulling over a distance from the spot of the burning vehicles by Iguomo village, before Ovia river. My wife and I quickly ran to join others trying to rescue victims from the vehicles, but it was too late. The flame was so ferocious that no one dared to go closer. I supported in salvaging one SUV from being consumed after the owner jumped out and escaped to save his life. We succeeded in removing the car and putting out the fire that had barely just burnt part of it.

People burnt beyond recognition inside the bus while some were burnt laying dead on the ground.

I never knew who the people were until I got home later in the day and received a call that some of them were our relatives and some friends travelling down from Benin to Okomu. I could not believe my ears until so many people came and confirmed the story.

The accident had resulted from two vehicle on head collision. There was a bush fire burning blazingly on both sides of the road. The smoke was thick and another timber lorry(agbegi) was in front of the tipper lorry yet with heavy smoke bluring the visibility. As the tipper lorry tried to move away from near the bush side to the centre of the road because of the fire, the oncoming bus conveying the passengers was also fogged by the heaving emission of the timber lorry. They then had a head on collision and fire sparked and picked up instantly, killing all occupant except one.

May their souls rest in peace. Amen.” 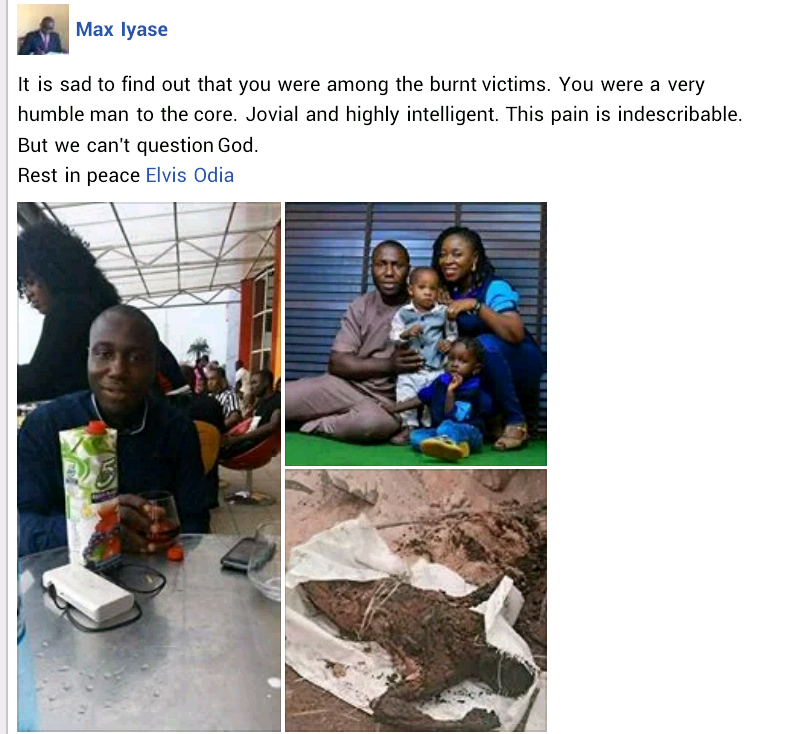 Meanwhile, an official of the company who confirmed the death of their staff, described the incident as sad day for workers in the company.

“We are yet to confirm the number of our personnel involved but we have confirmed five. Two are in the hospital,” he said. 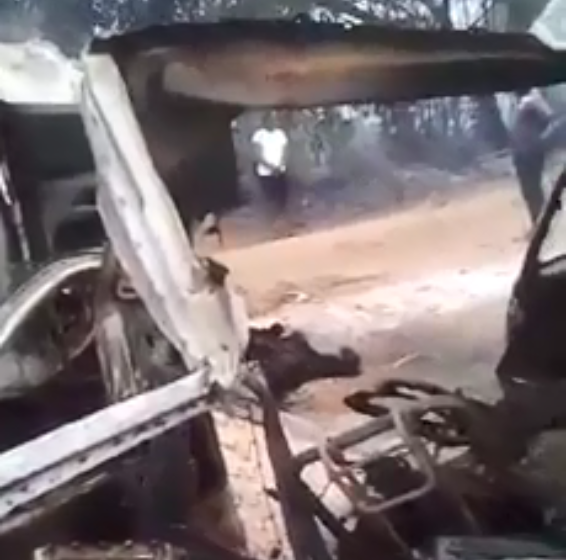 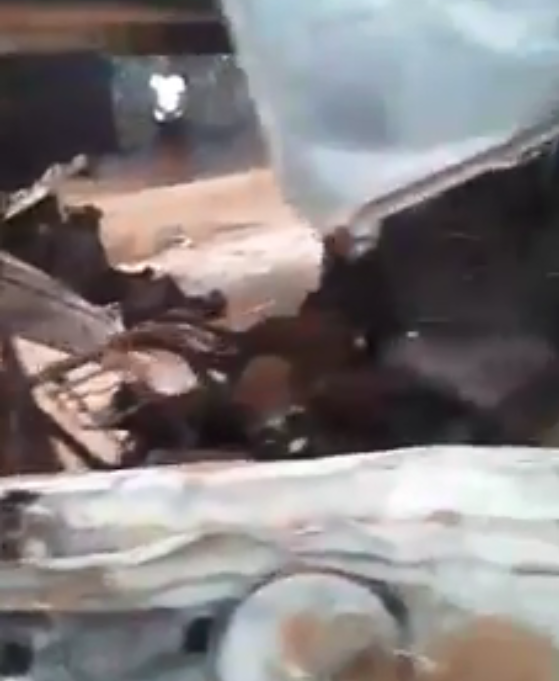 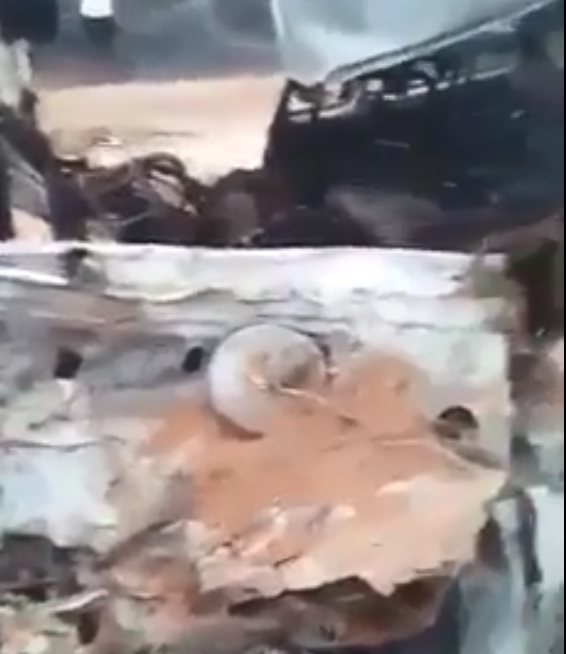 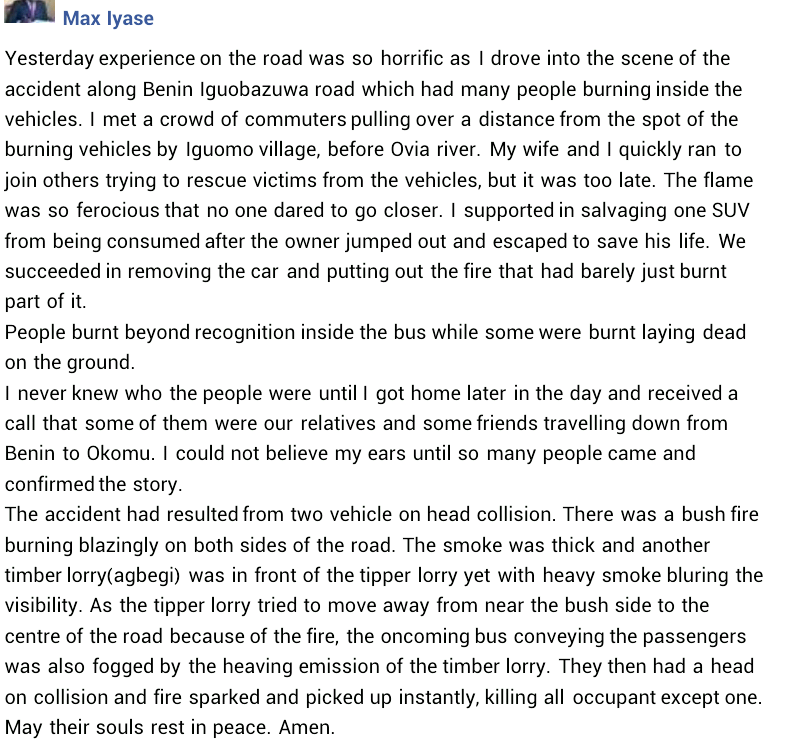