Judge Timothy Kelly ruled that Jim Acosta’s free-press rights under the First Amendment to the U.S. Constitution outweigh “the government’s interest in orderly, respectful press conferences”. He went on to add that the White House failed to give Acosta “due process,” something guaranteed in government proceedings under the Fifth Amendment. And he suggested that the White House exaggerated when it claimed that Acosta “placed his hands” on a female intern last week as she tried to reclaim a press conference microphone. 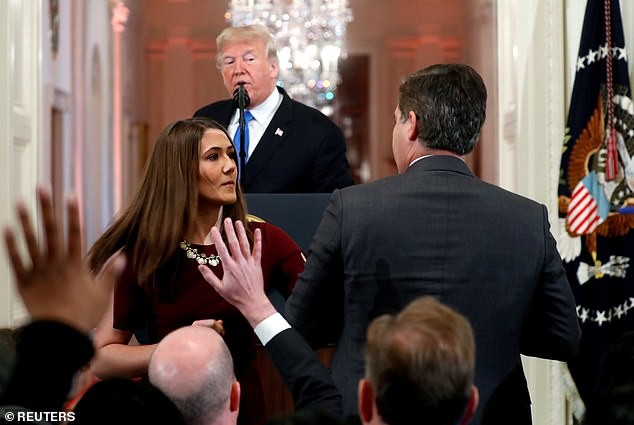 While Kelly ordered the White House to let Acosta back in the building, he said Trump and his spokespeople aren’t obligated to call on him during press conferences or let him ask questions.

Kelly, a Trump appointee, emphasized that his ruling was temporary, saying:

“I have not determined that the First Amendment was violated here.

“I want to emphasize the very limited nature of this ruling.”

Speaking outside the federal courthouse in Washington, D.C. after the ruling, Acosta thanked other reporters, saying:

“I want to thank all of my colleagues in the press who supported us this week. And I want to thank the judge for the decision he made today. And let’s go back to work.” 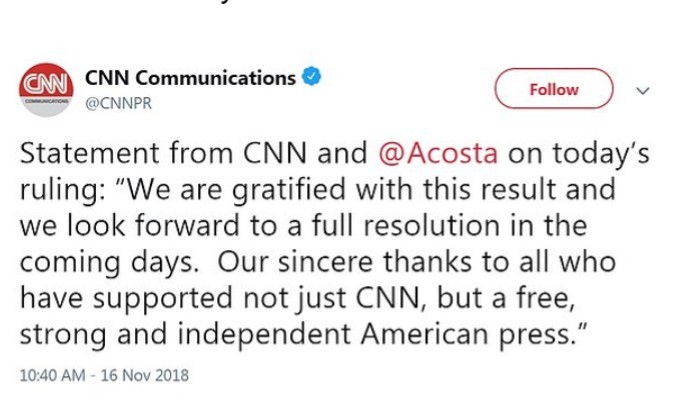 Naira Marley Reacts To Video Of Students Arrested For Being Marlians

Singer Felix Libarty is back again,launch campaign against polygamy