According a Twitter user identified as @Seyishae, the female Babcock University student whose s*x tape was released on twitter has been expelled.

The viral s*x video of two Babcock University students that was leaked online last night and reports have it that the female student has been expelled. 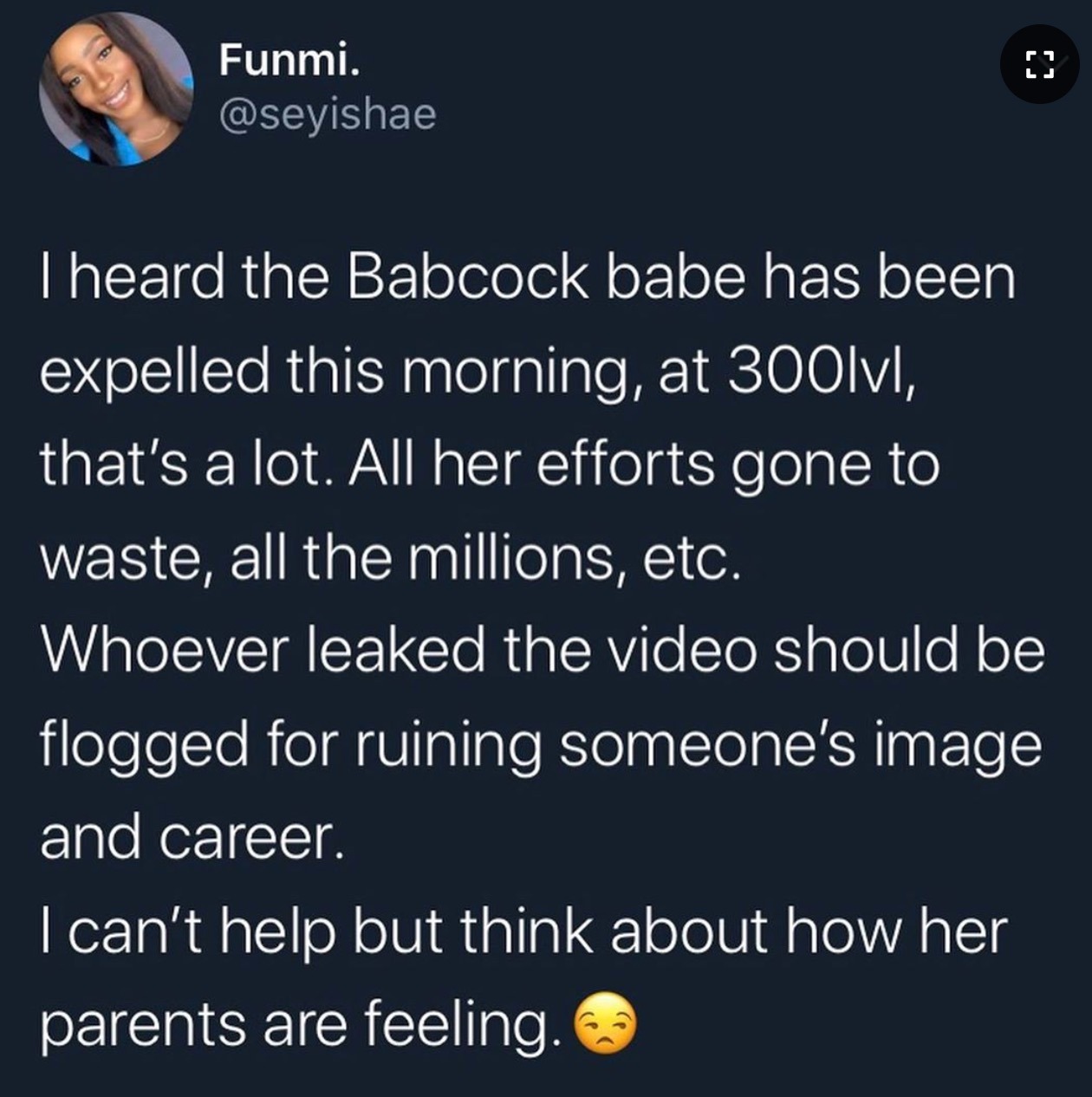 The two students were seen having s*x in a private ward at the National Neuropsychiatric. Hospital, Aro Abeokuta. It was reported that the video was recorded when the lady visited the guy who has been expelled from the school and was undergoing rehabilitation at the psychiatric hospital.

Nigerian singer, Zlatan Ibile has reacted to the video after a fan asked if he has seen it. See their conversation below:

“Zlatan have you seen that Babcock s*xtape?”

“No please put me on”

Many have condemned the male student who allegedly released the video after his friends dared him to. 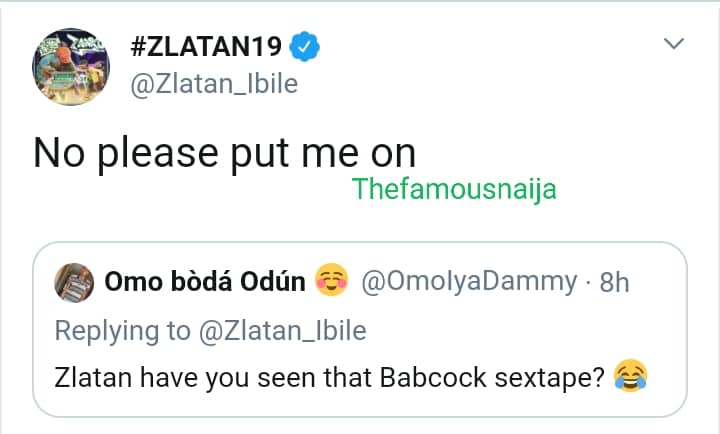 Wizkid reveals what happen every time his sons smile

Davido to star in Toyin Abraham’s movie fate of Alakada