A Nigerian man has leaked the chat he had with his fiancee who canceled their long-planned wedding after bumping into her ex at the mall.

In the chat, the lady revealed to his fiance that she has found the true love of her life and the one who makes her complete and would not like to go on with their wedding plans which were just in two weeks’ time.

The lady gave the most outrageous reason that she had met her ex-boyfriend at the mall and it seems their love has reignited, stating that she will not be happy with him in their relationship thus her reason for canceling the wedding.

She also said that she is willing to spend the rest of her life with her ex-boyfriend rather than her fiance because she still has strong feelings for him.

Read the chat below: 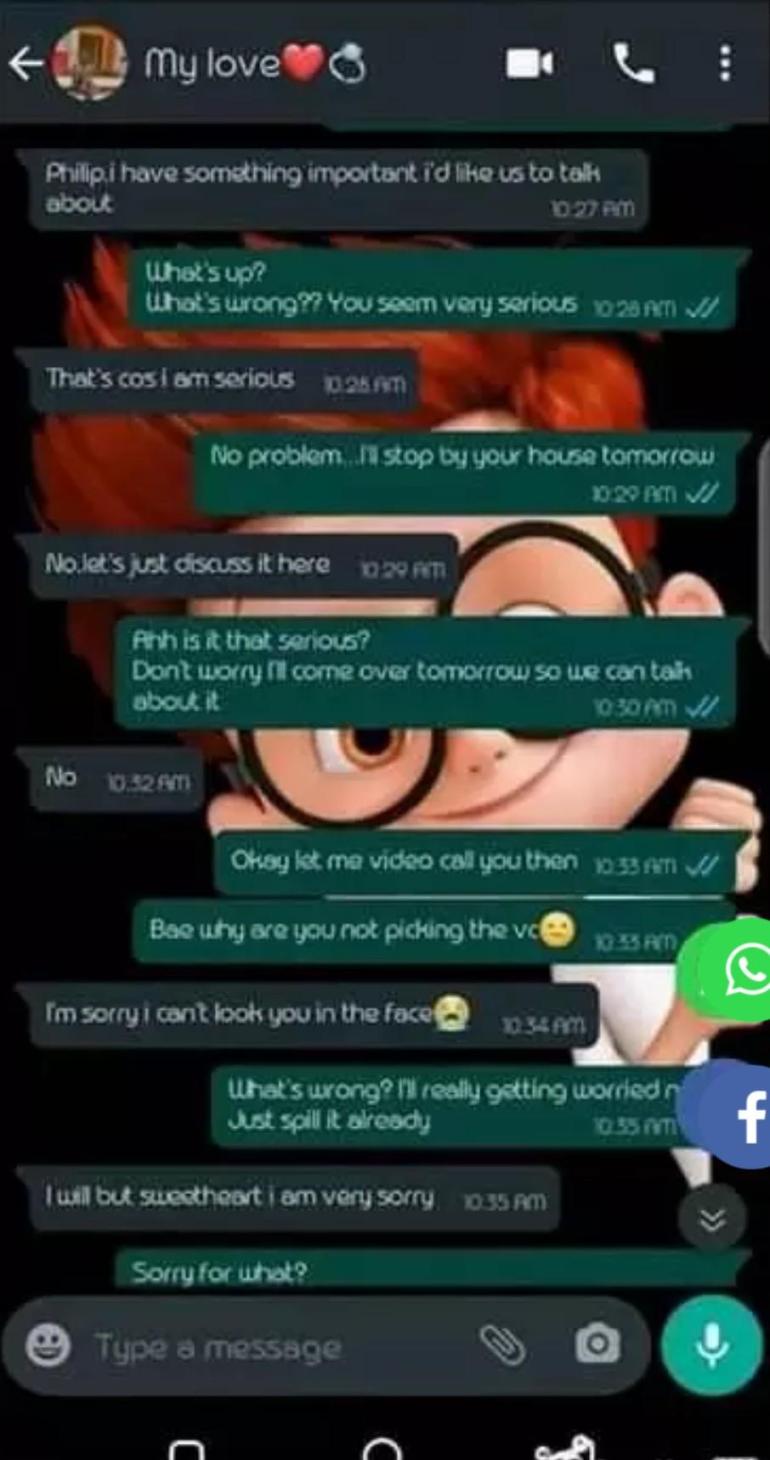 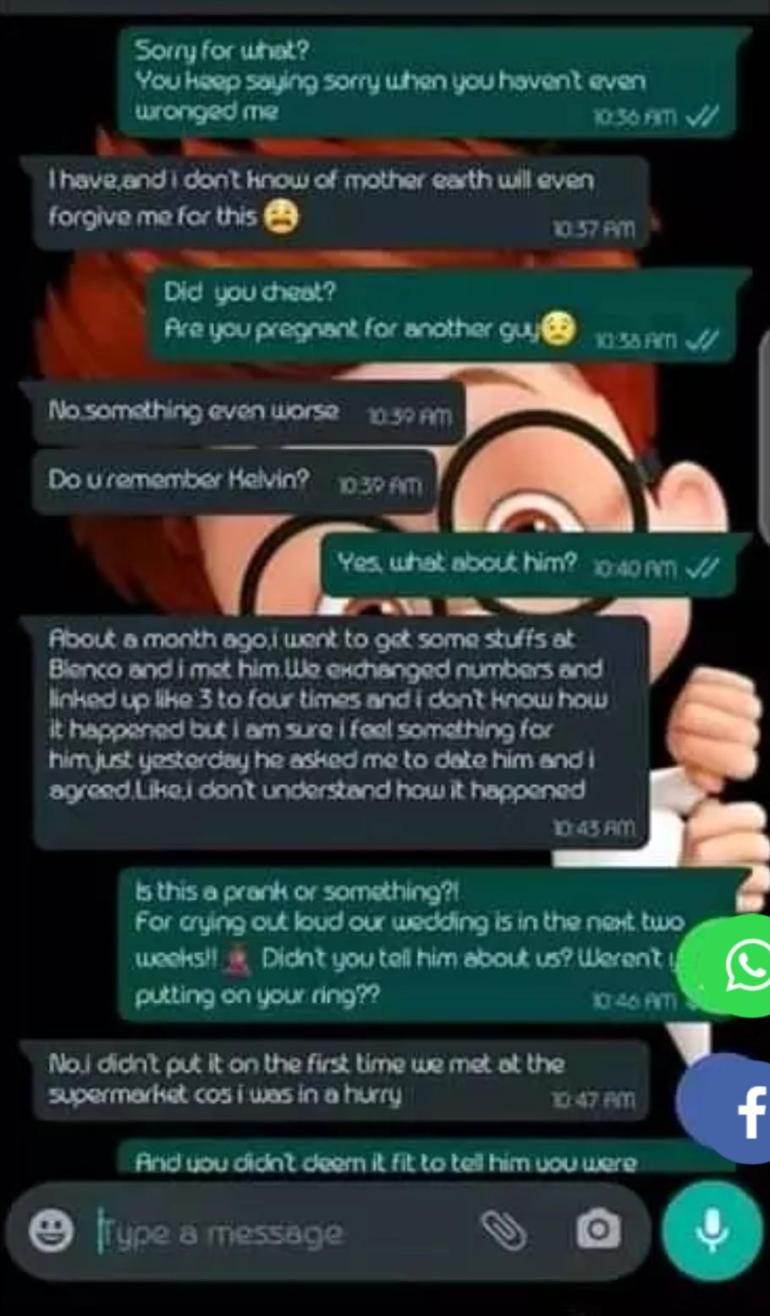 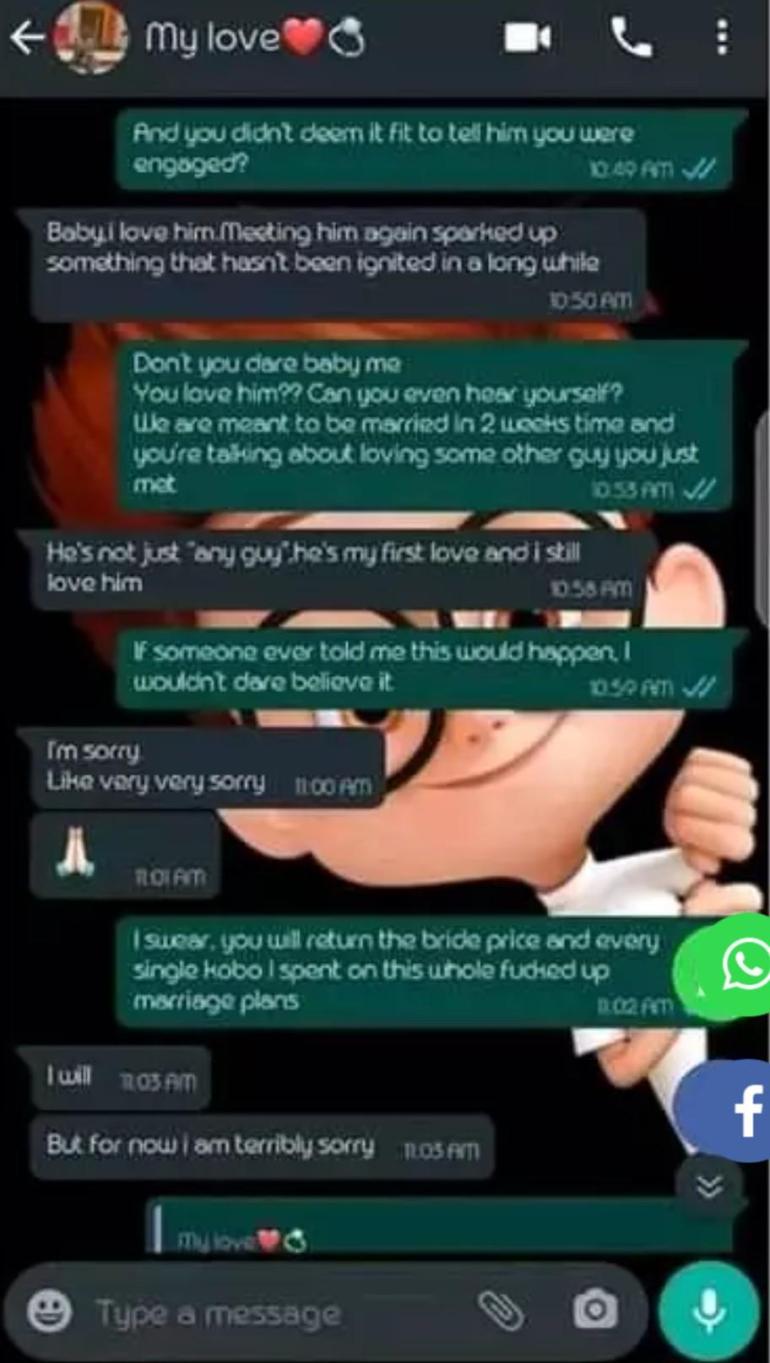 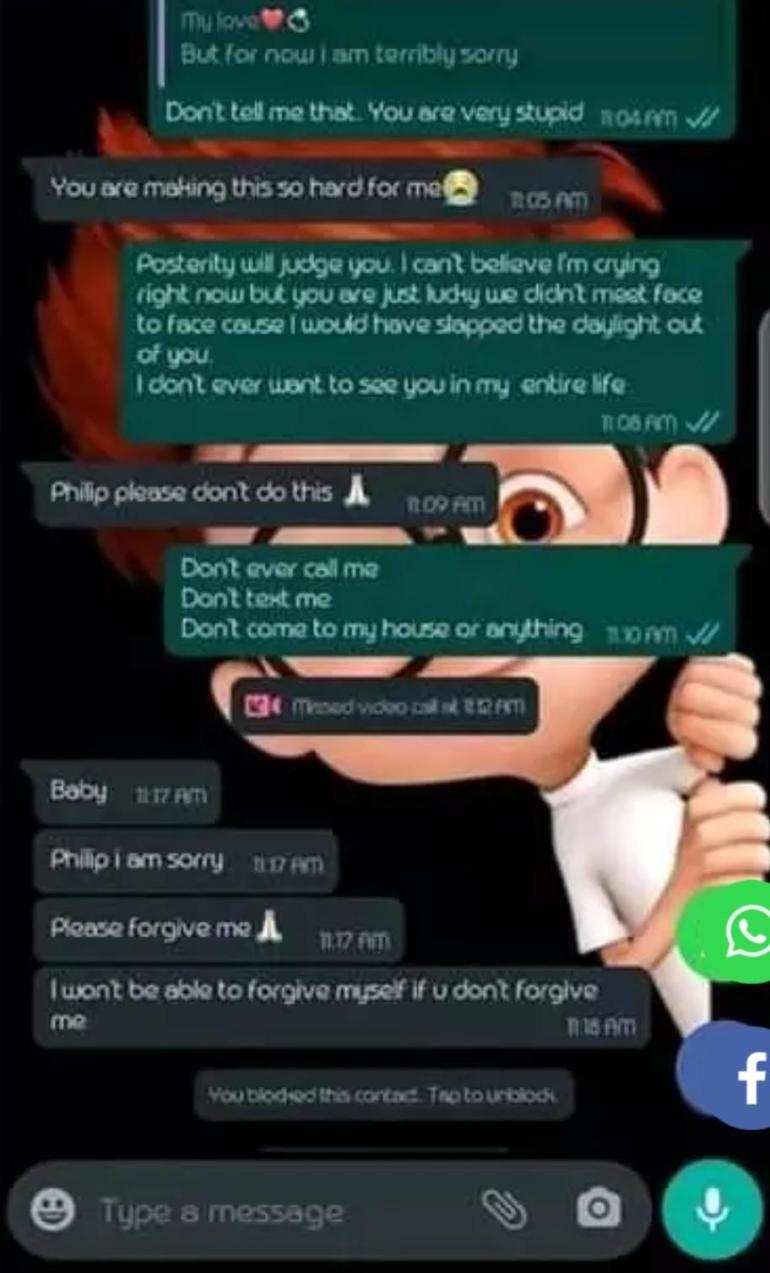 My husband lured me into marrying him – Woman

VIDEO: Lady narrates how she fell in love with her twin brother

My husband stole my period underwear, wants to use me for rituals

My ex needs to be taught a lesson

I can finally have sex – Newly wedded bride