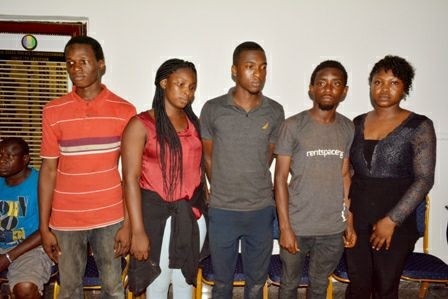 The Imo state police command has rescued five corps members that were kidnapped while travelling along the Owerri-Port Harcourt expressway to their orientation camps in Akwa Ibom and Rivers states.

The corps members identified as Abiola Temitope, Olubisi Adekanmi, Jose Temitayo, Folarin Opeyemi and Shonibare Ademola, were traveling in a commercial bus that was ambushed by the kidnappers who took them into the Umuapu forest and held them captive.

”Your Stubbornness Will Lead You To Early Grave” – Miyetti Allah...