The posters, which were placed outside the Mass Communication complex, show a group of chimpanzees with words that let defaulters know they are no different from animals if they urinate in public.

One of the posters reads: “Only people like us urinate here. If you urinate here, it means we are your spiritual brothers.” 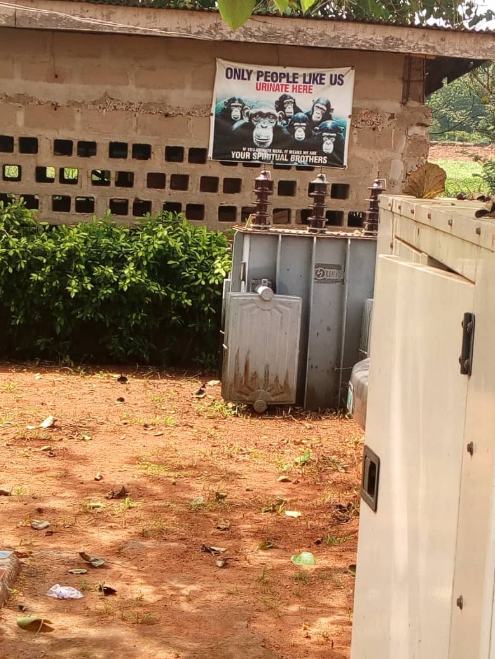 But has this stopped people from urinating there?

“For where? People still urinate there very well,” a student of the school told LIB. 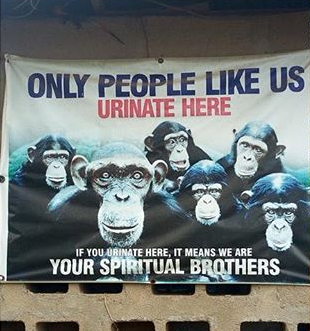