A key HIV vaccine trial that started in 2016 and involved 5,407 HIV-negative volunteers at 14 sites across South Africa has been discontinued after it was found that the vaccine could not prevent infections of human immunodeficiency virus, the virus that causes AIDS.

The trial, sponsored by the National Institute of Allergy and Infectious Diseases or NIAID, was stopped after an independent data and safety monitoring board found the vaccine to be ineffective in preventing HIV. 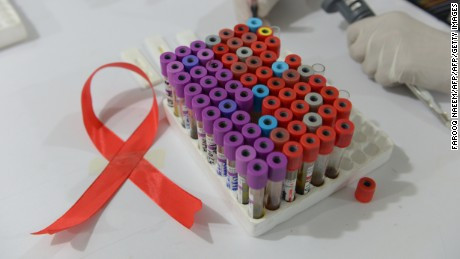 After the injections, there was no significant difference in subsequent HIV infections among the volunteers in the vaccine group versus placebo group.

“An HIV vaccine is essential to end the global pandemic, and we hoped this vaccine candidate would work. Regrettably, it does not,” Dr. Anthony Fauci, director of the NIAID, said in a statement on Monday.

“Research continues on other approaches to a safe and effective HIV vaccine, which I still believe can be achieved,” he said.

The Global HIV Vaccine Enterprise, an alliance of funders and stakeholders that financially help in the search for an HIV vaccine expressed “deep disappointment” that the  study had been stopped.

“Whilst this is a significant setback for the field, we need to continue the quest for a preventive vaccine. The rates of HIV infection, which continue unabated in this region, should spur greater urgency, global attention and investment to the quest,” Linda-Gail Bekker, immediate past president of the International AIDS Society and chair of the Enterprise Advisory Group, said.

HIV, also known as Human immunodeficiency virus, is a disease that causes AIDS and interferes with the body’s ability to fight infections.

The virus can be transmitted through contact with infected blood, semen or vaginal fluids.

Smoking weed is not good for your heart – New studies shows

Nigeria will save $1.5 billion yearly by investing in maternal health...