A housewife in Enugu state, Josephine Nchetaka Chukujama Eze, has returned the sum of N13,946,400 that was mistakenly credited into her account by a Lagos-based company .

After Josephine received the credit alert on Monday, August 3, she was taken aback as she had to inform her husband .

Though some people condemned her honesty for returning the money, her husband, Eze, showered praises on her

A woman in Enugu state, Josephine Nchetaka Chukujama Eze, has really shown the true meaning of honesty as she returned almost N14 million that was mistakenly paid into her account. Her husband, a journalist, and lawyer, Chukujama Eze, disclosed it to News Express as he praised his wife for the virtue she exhibited. 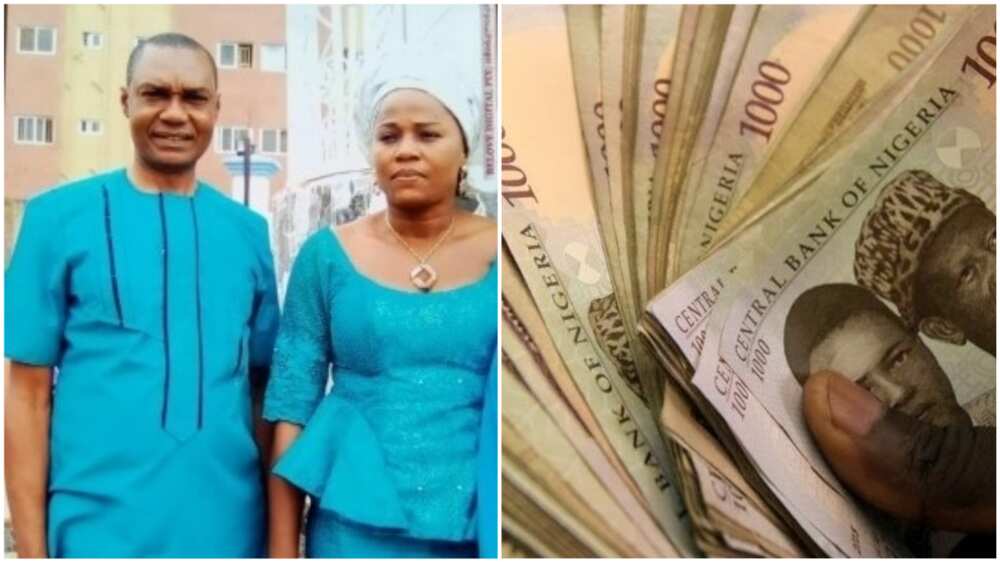 In a letter he addressed to the media, he said that he decided to celebrate her not because it is her birthday but because she did a thing that made him very proud of her.

The husband said that the event happened on Monday, August 3 when Josephine was in a salon and her phone rang with alerts. The mother of three did not check her phone until later.

She had to call her husband immediately after she saw the N13,946,400. After some search, they realized Sankiya Global Investment Ltd is a private company based in Lagos Island as they authourised Josephine’s bank to refund the company.

Eze said that when some people heard about it, they condemned them for being naïve and not ‘smart’ enough. He said that bank officials were really appreciative of his wife’s act of goodness.

Mother Hospitalized After Her Yahoo Boy Son Tried To Pluck Her...

6 years after, gay man proposes to his boyfriend – [VIDEO]