The story of the woman with blue eyes making rounds on the internet is that of  how her husband abandoned her and the kids for having such an unusual eye color but a recent interview with Punch newspaper gives a new spin to the story as the husband comes out to deny abandoning his wife and children because of the color of their eyes. 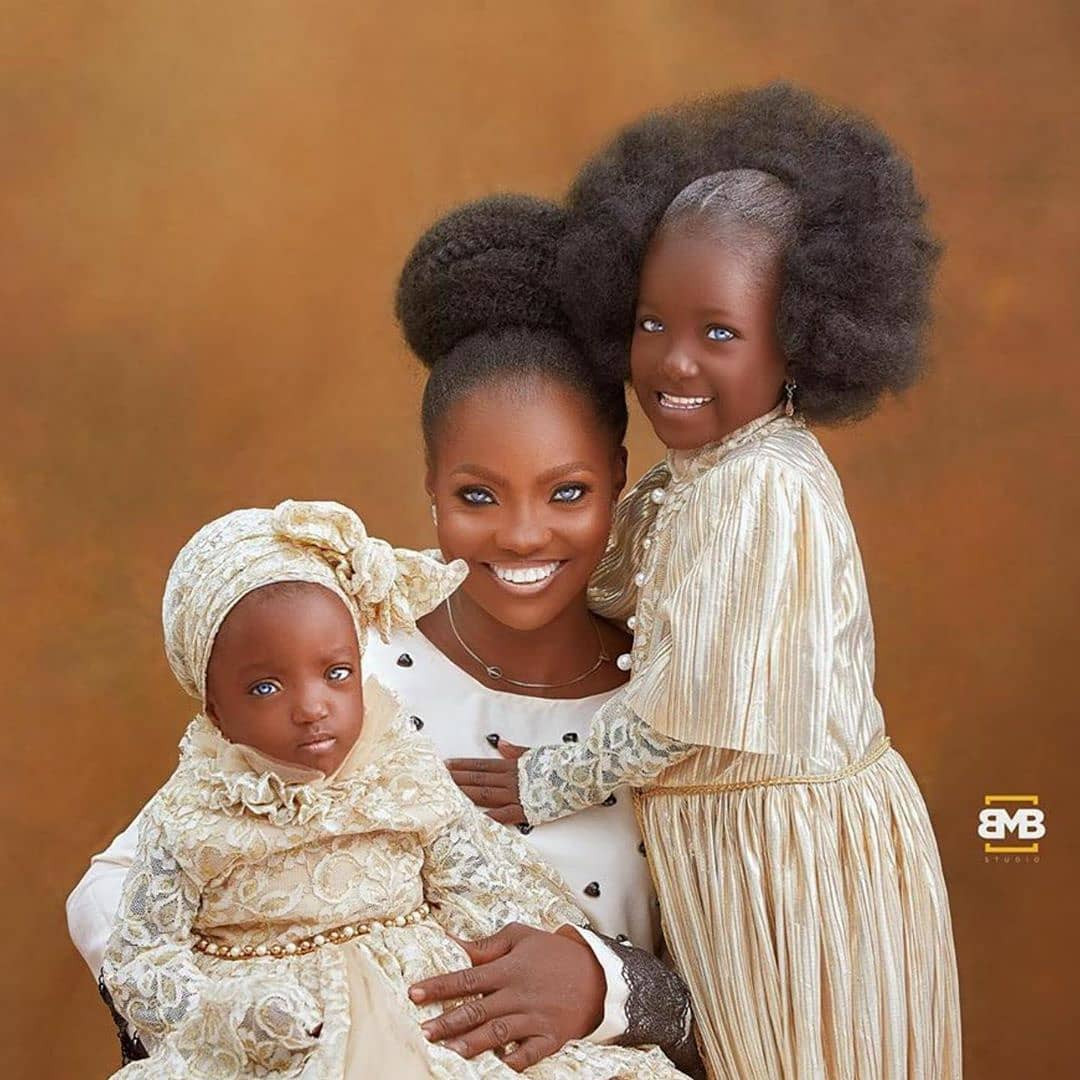 In a video interview by Punch finally reveals why he left his family.

Watch the video below:

Risikat, the woman with blue eyes is a native of Kwara state, went viral recently after a Nigerian lady shared the story of how Risikat’s husband abandoned her and their kids because they have blue eyes.

ALSO READ: Update: Checkout Makeover Photos of Woman And Her Daughters With Blue Eyes After Governor’s Wife Took Charge Of Them

Risikat told Punch that she was born with naturally blue eyes. She revealed that when she was born, her unique features forced her parents to take her to the General Hospital where a series of tests were done and it was revealed that her eyes are perfect.

I Didn’t Abandon Risikat Or My Daughters, I Married Her Because Of Her Blue Eyes – Husband pic.twitter.com/5ygVg683VS