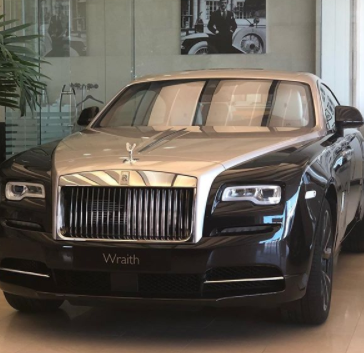 He shared videos of himself paying N150 million in foreign currency for the luxury car in Dubai where he is based. He also showed receipt of the car as he threw shade at Hushpuppi. Mompha says this is his own Rolls Royce unlike some broke ass who rent the luxury cars. 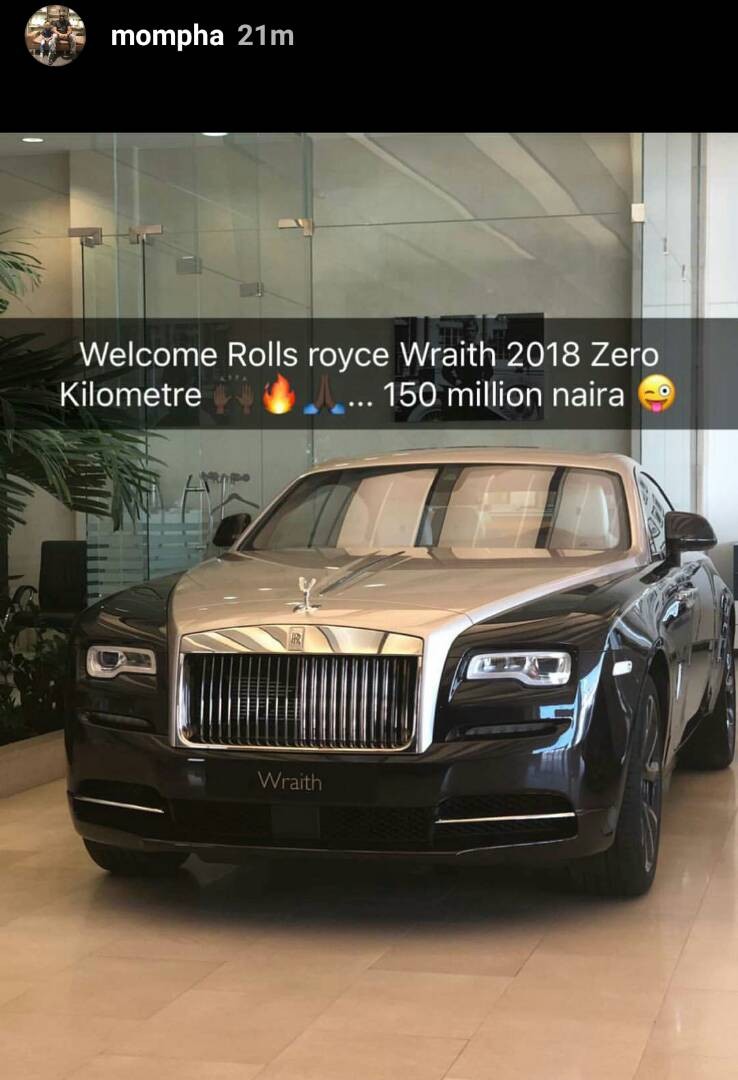 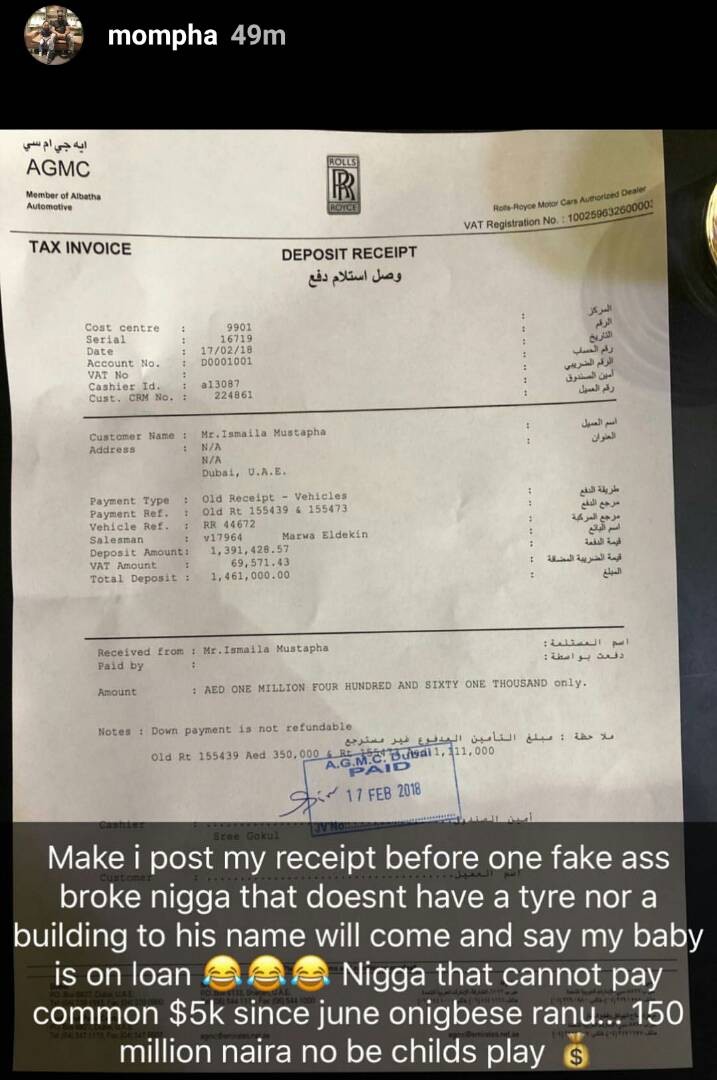 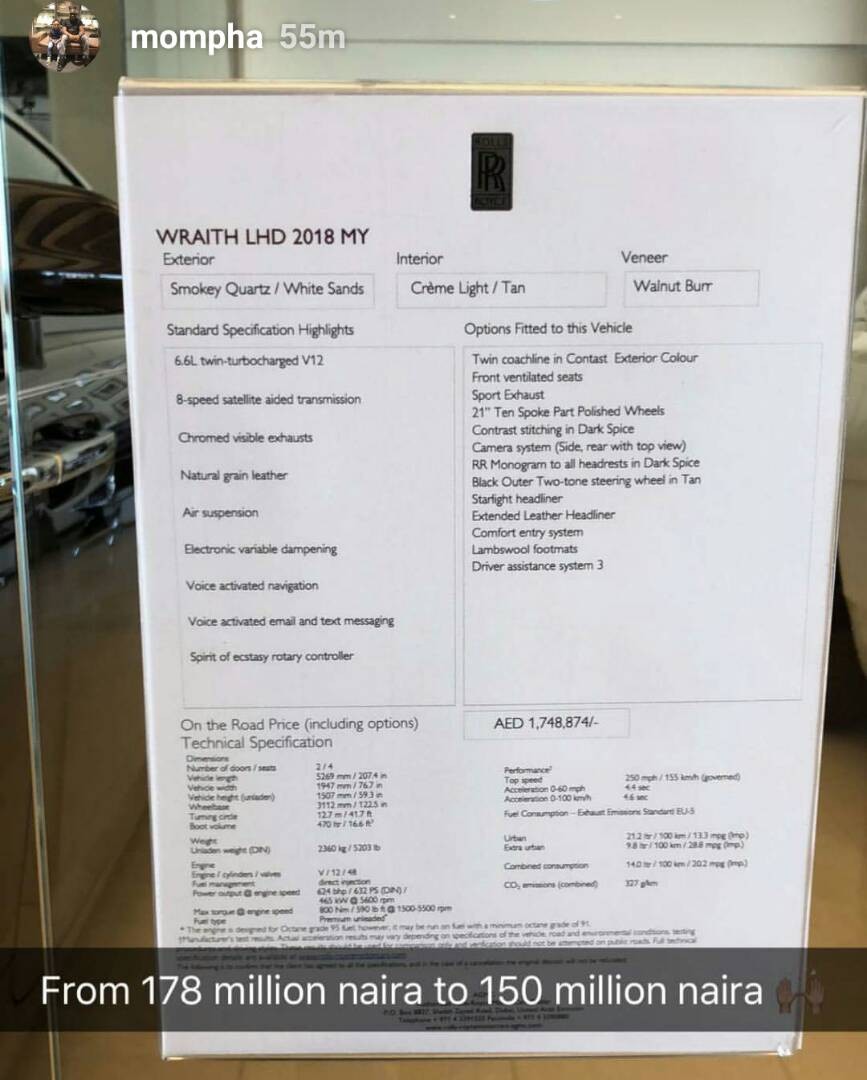 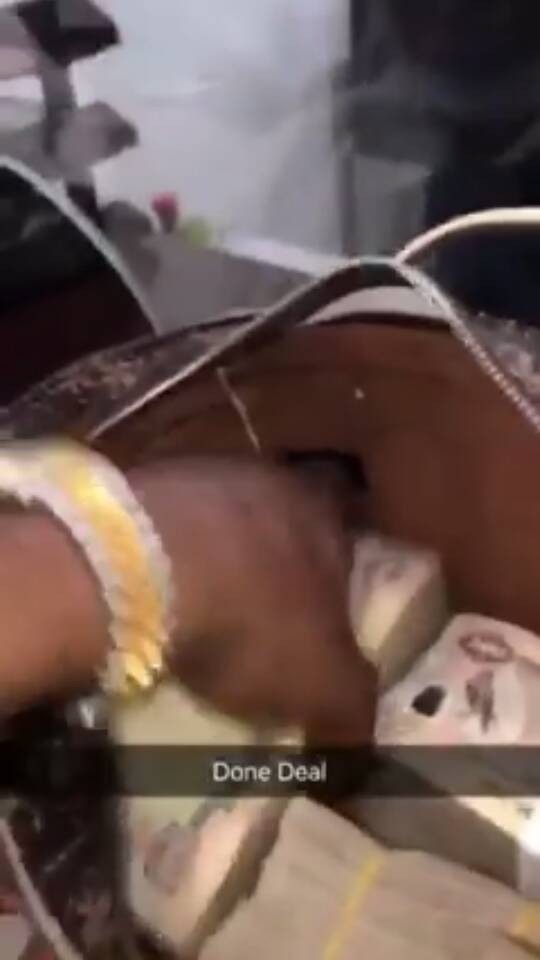 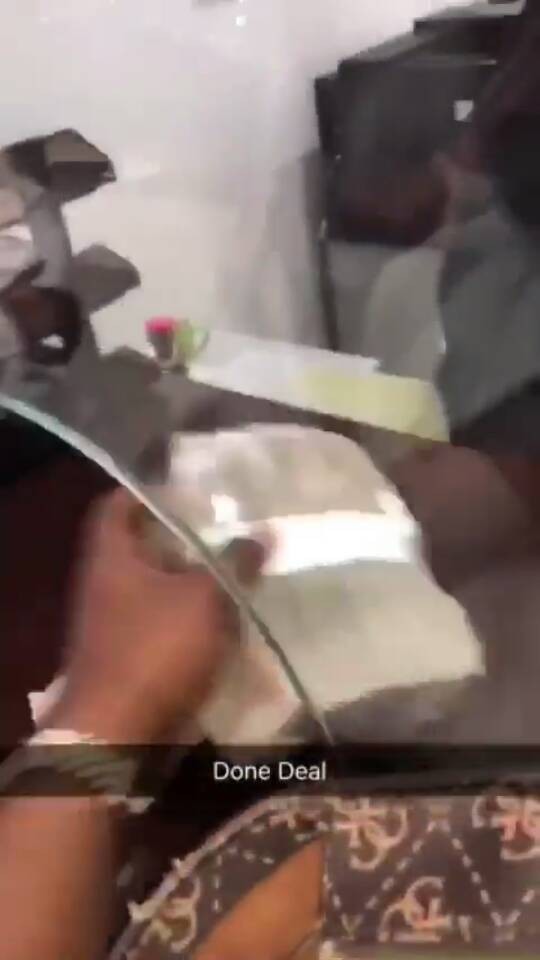 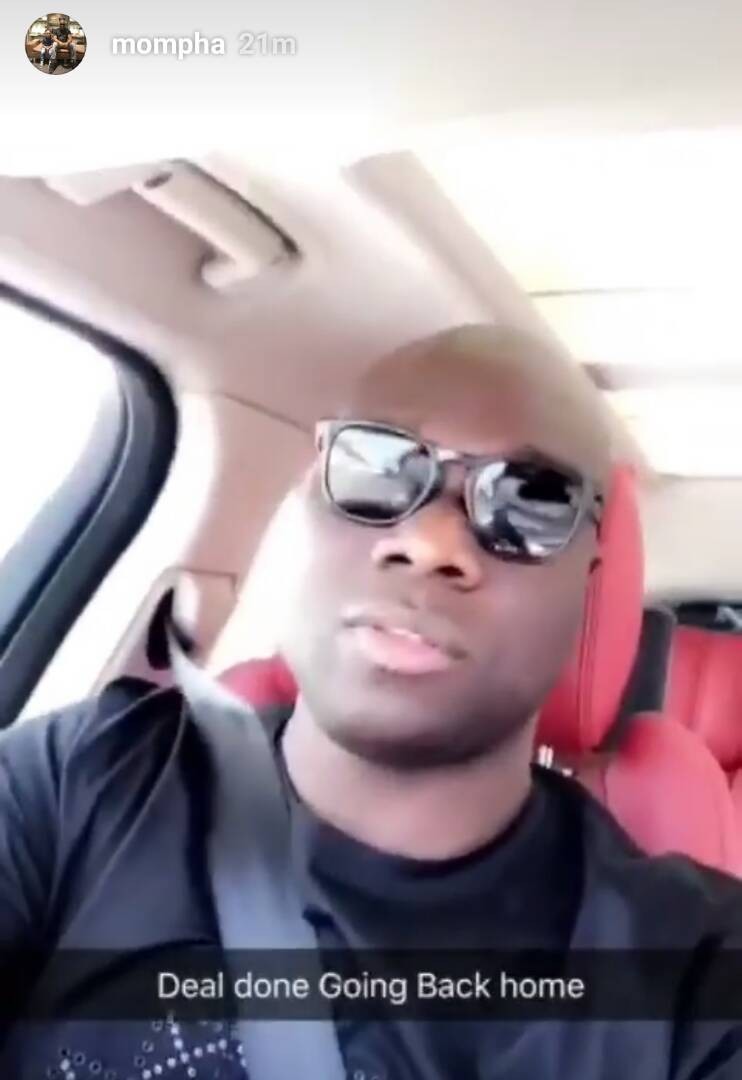 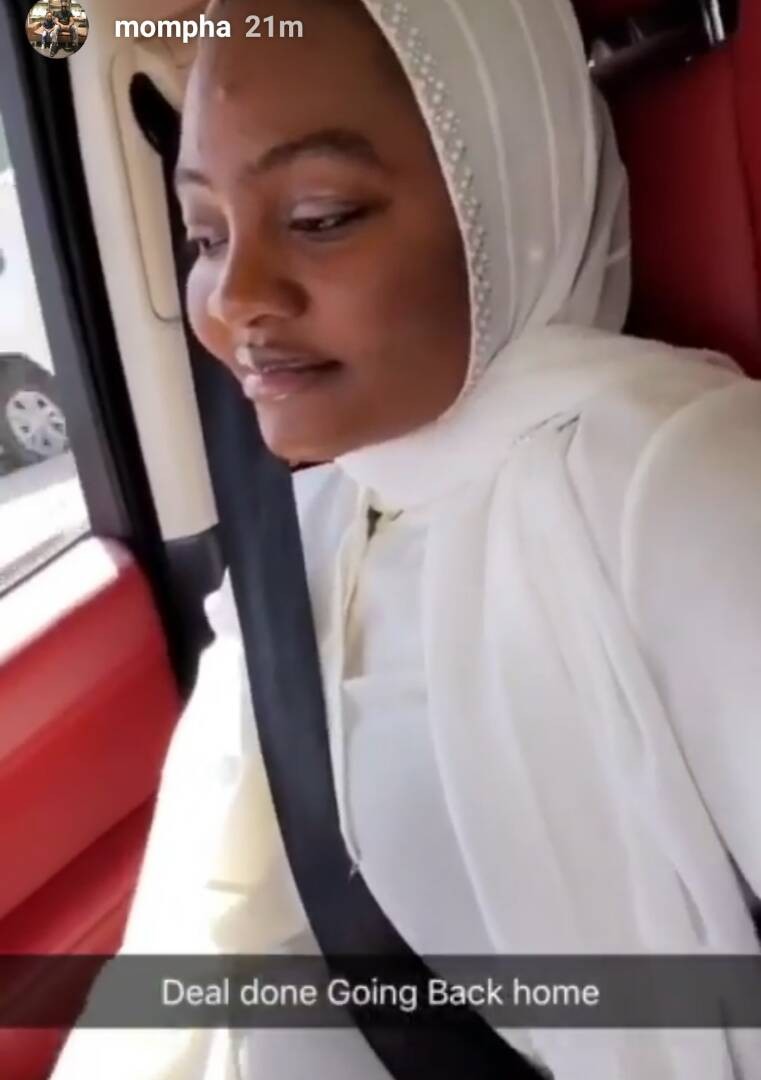 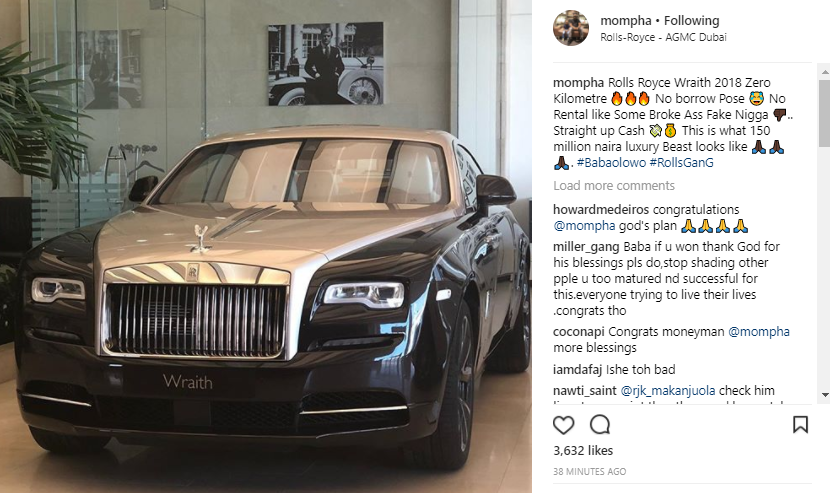 Eniola Badmus shares her near to rape experience

Adaeze Yobo – Your Husband or Kids Who Should Come First?