Crossdresser James Brown has made a sharp turn to repudiate his past claims that he was diagnosed and found positive to the deadly HIV virus.

James gained massive recognition on social media after he claimed to be HIV positive, but now he has revealed that he is being haunted by his deceitful claims which he made for clout on social media.

In a new post on Instagram, the crossdresser corrected the information, confessing that he is not HIV positive and that he lied to gain attention.

Recall James, who became popular after he was arrested by the police, alongside some other boys on claims they all are gay, had revealed back then he was born with the virus.

In a post on his Instagram page, James said he had lied about his status to save himself but that lie seems to be hunting him now. 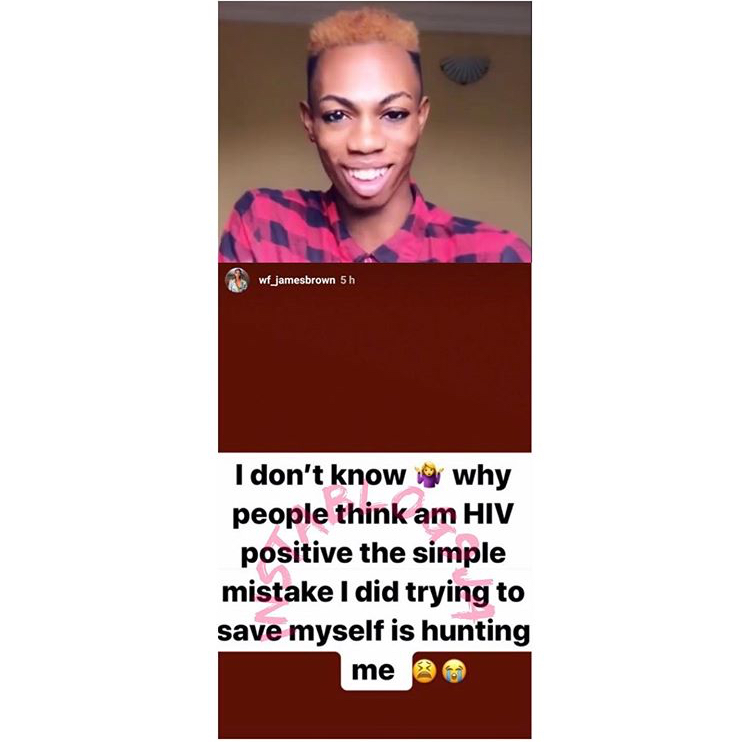