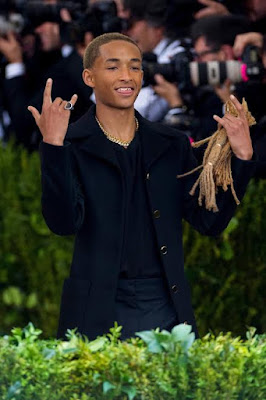 Jaden Smith has always been fashion forward yet he managed to shock many when he attended the 2017 Met Gala with locks of his hair in his hand. The 18-year-old had cut off his lengthy dreadlocks for a movie role but rather than get rid of the dead hair, he used it as an accessory at the star-studded event held yesterday.

Now, the son of actors, Will Smith and Jada Pinkett Smith, has explained why he took that decision.

He said he brought his locks as his date because his sister, Willow Smith, could not make it. Speaking to Vogue’s André Leon, the young actor said:

“And since I couldn’t bring my sister as a date, I brought my old hair.”

Nigerian Man Talk About the Huge Sacrifice of Parenthood