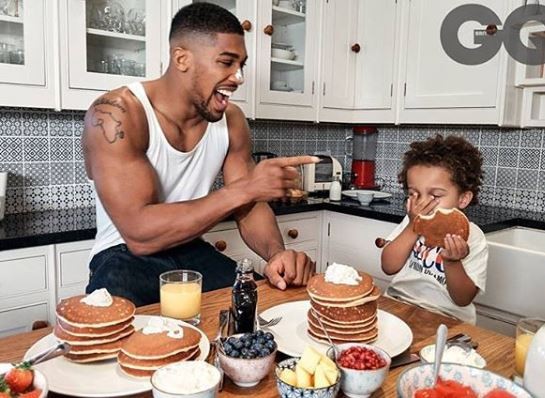 Nigerian-born British boxer, Anthony Joshua covers the December edition of GQ Magazine along side his son.

Joshua has fought and won 22 professional bouts. He holds four of the world heavyweight titles and next year could claim the fifth, a feat that has never been done before.

The magazine cover is part of GQ’s 30th-anniversary dissection of masculinity where he talked about why he doesn’t want his child to ever enter the ring and what it takes to raise a family right. 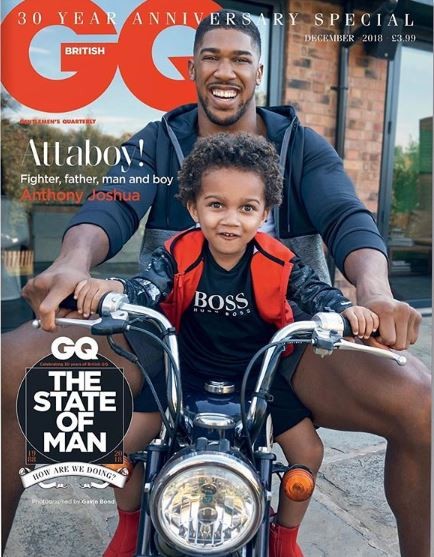 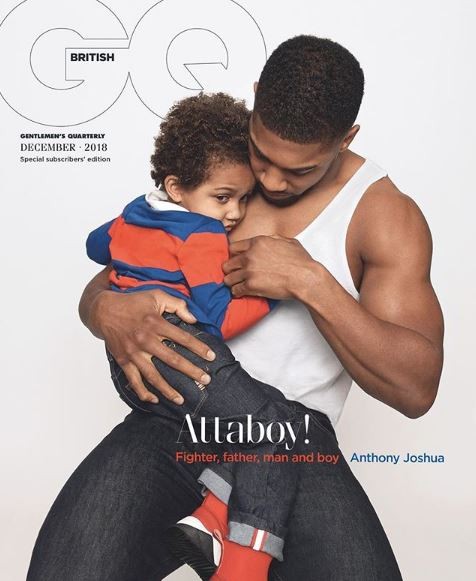 Emotional Video of Rapper Offset reunite with his father after 23-years...