Elder brother of Peter & Paul Okoye, Jude Okoye has reacted the spew of attention from the political quarters, going the way of singers, Davido and Wizkid. The renowned video director made a social media post to question the sudden interest Nigerian politicians have shown in Wizkid and Davido.

Jude Okoye’s snap chat post carries satiric elements, as he suggests that Nigerian politicians are only showing interest in the two music superstars because of the political advantage they hope to get ahead of the 2019 general elections. 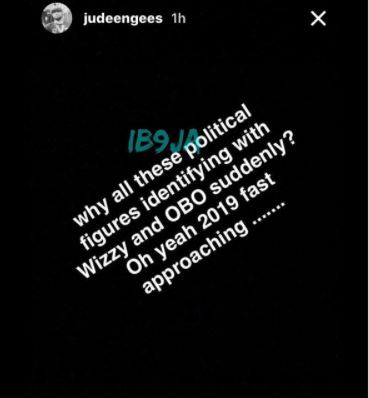 Segun Arinze reveals how he almost drowned while swimming

Russian Belly Dancer Arrested in an Egyptian Nightclub For Being Too...