How do you go from the leading artiste in Africa, to a guy who every loves and rates as a celebrity, but whose music is no longer in demand?

How do you tell if a record deal which at the time signified the greatest aspirational goal of your music career will become a sabotage?

Let’s not coat it.

2011 was a crucial year for Nigerian music. 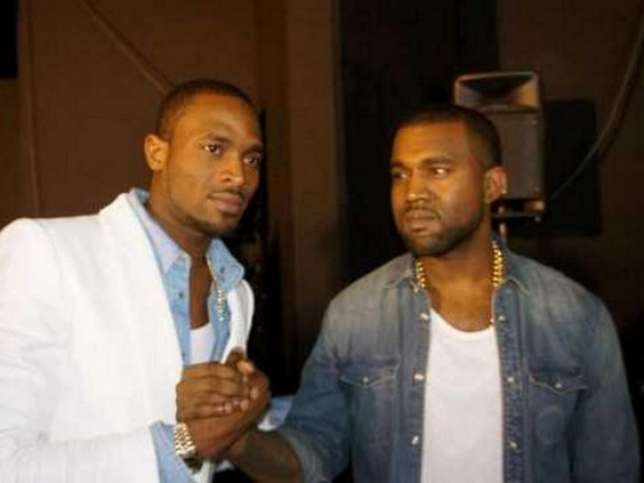 It was the year when the rulers of pop music made a decision that was to cost them their dominance.

D’banj and Don Jazzy, co-owners of Mo’Hits Records had found a way to meet up with Kanye West, where they sold him the Nigerian dream and sound. Kanye did buy it.

“D’Banj travelled to Dubai, at Dubai airport he met Kanye West just like anybody can meet any superstar at the airport.” Don Jazzy said, explaining the root of the end of Mo’Hits.

“He had the courage to go and meet him and introduce himself and that he wants to break into America and that he has done a song with Snoop Dogg and please listen to the song and tell me if it is good. And he understood and he listened to it and he liked it. And he asked us to drop by New York when we were going to LA for the video shoot with Snoop. So when we got to New York, we called them and his manager said we should meet up at Wyclef’s studio and the rest is history.”

The rest simply became history. Mo’Hits became history due to the irreconcilable differences between the business partners. D’banj, ever the opportunist, wanted in on the deal from GOOD Music.

Don Jazzy hesitated, and wanted none of it. They argued and split.

D’banj revealed this to Olisa Adibua on his chat show, ‘The Truth:-

WE CAME BACK FROM NEW YORK, AND WE HAD A MEETING WITH JAZZY. ME AND JAZZY.

AND JAZZY REALLY EXPRESSED HIS DISCOMFORT THAT ‘LISTEN, THIS PLACE IS TOO EXPENSIVE. WE ARE SPENDING MONEY, WE ARE GOING TO STAY THERE, THINGS DEY HAPPEN FOR NIGERIA, WE ARE ALREADY BOSSES HERE, WE DON’T NEED ALL THESE…MAKE WE JUST STAY HERE.

“AND I’M LIKE ‘WE ARE ALMOST THERE, LIKE IT’S EXPENSIVE BUT I KNOW IT’S NOT REALLY GUARANTEED, BECAUSE IT’S A DOG EAT DOG WORLD OUT THERE. AND IN HIS OWN WORDS, ‘YOU CAN’T LEAVE CERTAINTY FOR UNCERTAINTY,’ WHICH MAKES SENSE.

“BUT I SAID TO HIM THAT LISTEN BROTHER THIS IS NOT UNCERTAINTY.

FOR KANYE WEST TO SEE US IS NOT A JOKE. HE SAW US IN DUBAI, NA GOD. IS IT NOT THE SAME NIGERIA THAT WE ARE DOING MUSIC THAT TOOK US THERE.

BEFORE THE LAST CONCERT I HAD TOLD THE LAWYERS THAT I FELT THAT IT WASN’T…THAT’S WHY WE HAD LEGAL PAPERS.

“SO THEY WERE TRYING TO GET HIM TO COME AROUND, BUT I UNDERSTOOD TOTALLY, WHICH IS WHAT I SAID TO YOU.

SO WHEN HE CAME BACK HOME, HE HAD A MEETING AND THAT WAS IN JULY, AND HE SAID HE DOESN’T WANT US TO DO MO’HITS AGAIN.

THAT HE DOESN’T WANT US TO DO MO’HITS AGAIN. AND I SAID TO HIM, ‘PLEASE GIVE ME 6 MONTHS’.

“SO I TOLD HIM TO GIVE ME 6 MONTHS, THAT HE SHOULD PLEASE JUST…FOR ME I WAS EVEN TRYING TO SELL MY SHARES, TO CONVINCE HIM AGAIN, TO SELL MY SHARES TO SOMEONE ELSE, TAKE THE MONEY, GO ABROAD AND TRY.

TO DO ANYTHING I COULD, BECAUSE I HAD SEEN THAT IT WASN’T WORKING, AND HIM AND SID HAD FORMED THIS SYNERGY. IT WAS VERY CLEAR THE WAY…I COULD SEE IT.

HE WASN’T VERY COMFORTABLE AROUND ME, I DIDN’T UNDERSTAND WHAT WAS HAPPENING, AND ME I DIDN’T…EVERYBODY KNOWS THAT I DON’T HAVE TIME. I WAS ALWAYS ON THE MOVE.

“I WASN’T ALWAYS ON GROUND TO SEE, AND I THINK THAT WAS MY MISTAKE – I WASN’T SENSITIVE ENOUGH TO HAVE NOTICED.

AND PRIOR TO THAT, IF I FELT ANYTHING, JUST AS YOU WOULD DO AS A BOSS, YOU SHOULD DO WHATEVER NEEDED TO BE DONE.

SO I TOLD HIM TO GIVE ME 6 MONTHS.

I REMEMBER DECEMBER, IWE HAD A MEETING, AND EVERYBODY WAS THERE, AND DON JAZZY ALSO SAID THE SAME THING WHICH WAS AFTER 6 MONTHS. THAT WAS DECEMBER 2011, AND HE SAID, THAT HE HAD THOUGHT ABOUT IT, AND HE WASN’T INTERESTED. IN FACT, NOT JUST ME, THAT THIS ONE WASN’T INTERESTED (POINTING TO OTHERS).

“I WAS HEARTBROKEN, I THINK KAYSWITCH WAS WITH THEM, IT WAS ONE VOICE, AND I FELT LIKE…WHAT’S HAPPENING HERE? AND THAT’S WHERE I STARTED HEARING FEW THINGS THAT PEOPLE JUST FELT THAT THEY WERE NOT COMFORTABLE WITH ME.”

Naira Marley blasts Twitter user who tagged him as lucifer

Dami J says Davido, Wizkid, other stars will struggle to collaborate with me soon

#BBNaija: Cee-C and Alex Almost Got Into A Huge Fight