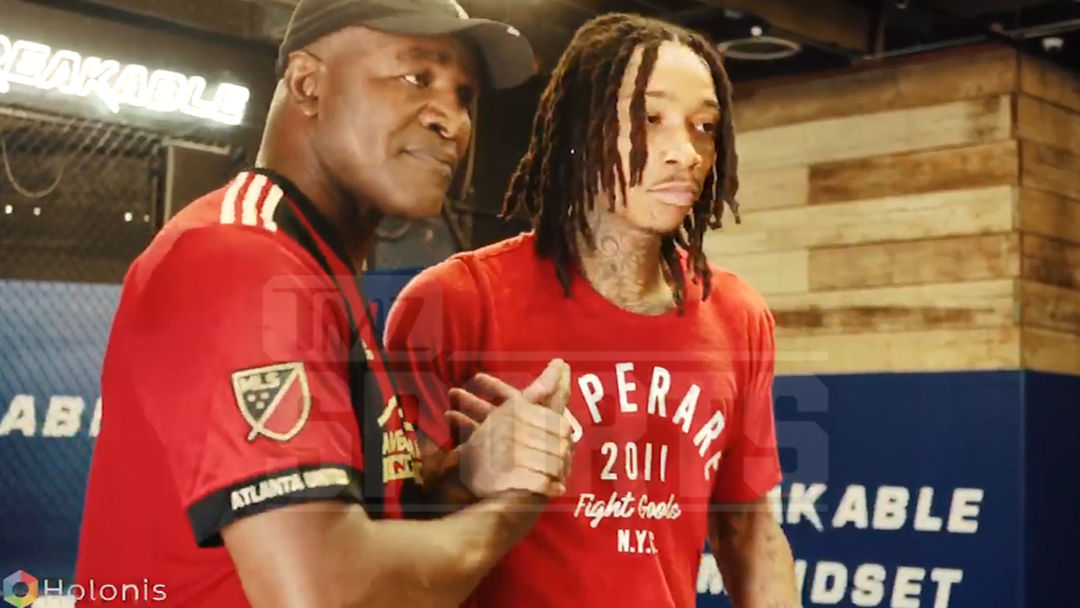 You knew Wiz Khalifa could scrap in MMA … but did you know he could box too???

It’s true … at least, now it is — after the rapper got a private, 1-on-1 fighting lesson from Evander Holyfield!!!

The Real Deal and Wiz hit up Jay Glazer‘s Unbreakable Performance Center in L.A. recently … and the “Black and Yellow” spitter got in a dope training sesh with the champ.

Evander gave him some pointers on his defense … Wiz explained how he’s put some weight on his skinny frame — and Glazer was there to document it all.

So … why were the two hittin’ the mitts together in the first place??

Wiz has a song dedicated to the boxing legend called “Holyfield” — so, seems only right Evander gave him some fighting pointers in return.

Wiz has told TMZ Sports in the past he’d take — and maybe even WIN — a pro-MMA fight if the money was right … but the question now is — would he do the same for boxing?!?