Former big brother Naija housemates, Kiddwaya and Erica still have a thing and two going on in their relationship, and fans are loving it. 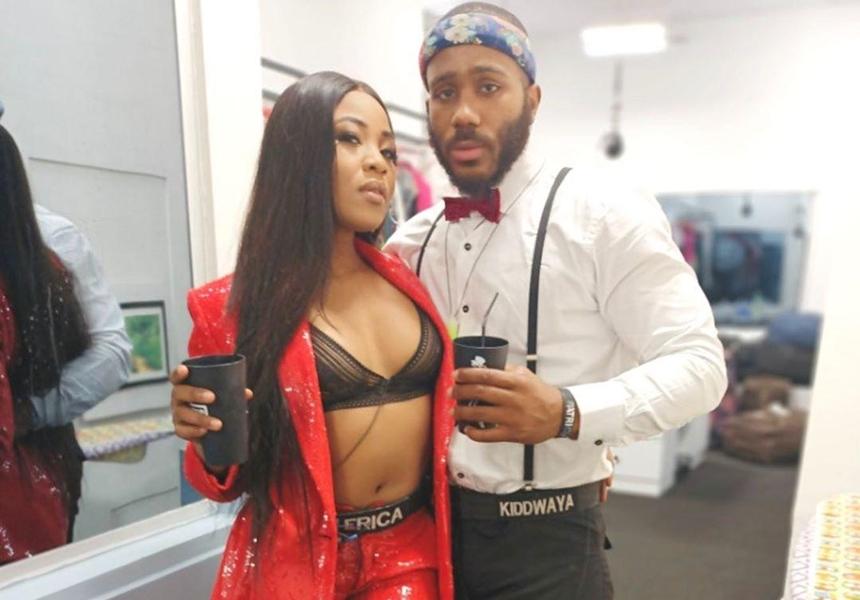 READ ALSO:Bbnaija Lockdown: ”I Don’t Like To Be On Same Team With Neo, He Is Not The Man For Me” Vee Cries To Laycon

Yesterday, shortly after Erica announced her management deal with Paul Okoye’s Upfront & Personal, her lover Kiddwaya, hurried to his Twitter to celebrate her and even called her the pet name he gave her in the house ‘Baby G‘.

“Guys baby G just signed a deal!!! Let’s all show her some love @EricaNlewedim,” he tweeted, and he even included the famous hashtag created by fans who love them as a couple, #Kiddrica.

Erica acknowledged his post, and replied with a cute pet name she probably calls him, “Peanut head.” To which he replied: “Palm wine nose.”

See the tweets below… 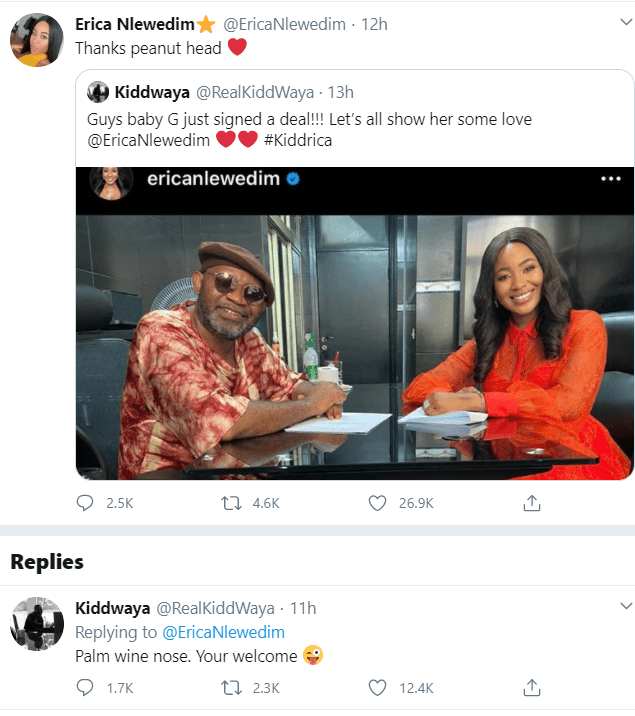 Jim Iyke Disgraced By the real Owner Of Mr Taxi...

Photos: Femi Otedola with his daughters