It’s all in the wrist — at least when it comes to figuring out what happened to North Korea’s suddenly undead Kim Jong Un.

The portly 38-year-old dictator sported a mysterious new mark on his wrist in his first public appearance in three weeks, reported NK News, which bills itself as an independent source of news on North Korea.

What looked to be a scar was spotted in a video of Kim released Saturday by state media.

A US medical professional told NK News that the mark might be a scar from a recent cardiovascular procedure — possibly a right radial artery puncture, which is performed to get a blood sample for analysis. 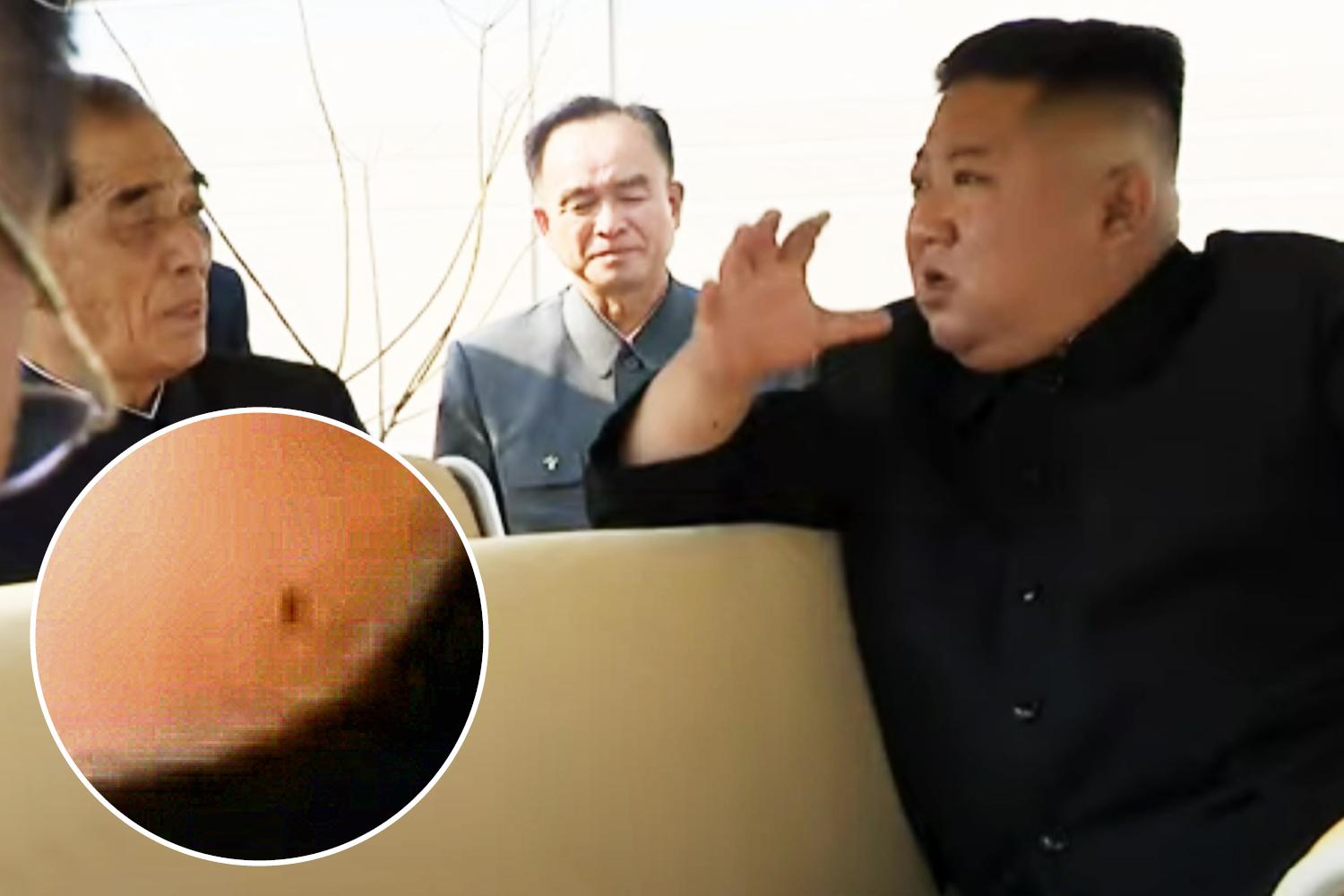 A swirl of international speculation about Kim’s heath started after he reportedly underwent a stent operation in early April. The whispers grew louder when China dispatched medical experts to help treat him.

Kim comes from a family with a history of heart disease — both his dad and granddad died of heart attacks — and he is heavy, tipping the scales at just about 300 pounds but standing only 5 feet 6 inches. He also chain-smokes, burning through four packs a day.

The footage also showed Kim smiling as he walked, talked and smoked at the opening of a fertilizer plant Friday. By his side was his younger sister, Kim Yo Jong, who experts believe will succeed her brother.

The two didn’t have on face masks, despite the coronavirus pandemic. A sea of onlookers — all masked — cheered wildly.

“All participants again burst into thunderous cheers of ‘hurrah,’” the North’s official Korean Central News Agency said in a statement. The outlet usually releases reports of Kim’s public appearances a day after they take place.

News outlets worldwide were careful to describe the pictures as “alleged” or “purported” since Kim dropped out of sight.

In 2014, he disappeared for a month, stirring speculation of a coup. He surfaced walking with a cane, needing the help after ankle surgery.

This time, Kim’s most noticeable absence was on April 15 when he was a no-show for the birthday celebration for the late Kim Il Sung, his grandfather and the founder of North Korea.

Missing such a big event kicked the rumor mill into high gear.

As late as Friday, Ji Seong-ho, a North Korean defector who recently won a seat in the South Korean Parliament, told reporters that he was “99 percent sure” that Kim had died last weekend.

His pronouncement followed reports last week from a Hong Kong broadcast network, which claimed Kim had died, and a Japanese magazine, which said he was in “a vegetative state.”

One Chinese medic told the Japanese magazine that the leader clutched his chest and fell to the ground on a visit to the countryside earlier this month. A doctor accompanying Kim performed CPR and took him to a nearby hospital, where apparently the procedure was performed.

Other unconfirmed reports, attributed to senior Communist Party sources in Beijing, claimed Kim succumbed when his surgeon botched the stent operation because his hands were shaking so badly.

Also last week, The Daily NK, a Seoul-based publication that bases most of its reports on testimony from North Korean defectors and other sources inside the country, reported that Kim might have been recovering from surgery at a coastal resort. On Friday, the outlet reported that something may have gone wrong for Kim healthwise “due to either excessive drinking or overwork.”

”I trust my husband but I wouldn’t take chances and have...