Kim Kardashian and Kanye West are apparently making this a thing … meeting with heads of states from American to Africa.

Kimye met with the President of Uganda Yoweri K. Museveni Monday during their trip to Africa. The President tweeted, “I welcome American entertainment stars Kanye West and @KimKardashian to Uganda. I held fruitful discussions with the duo on how to promote Uganda’s tourism and the arts.”

The Prez went on … “I thank Kanye for the gift of white sneakers. Enjoy your time in Uganda. It is the true pearl of Africa.” 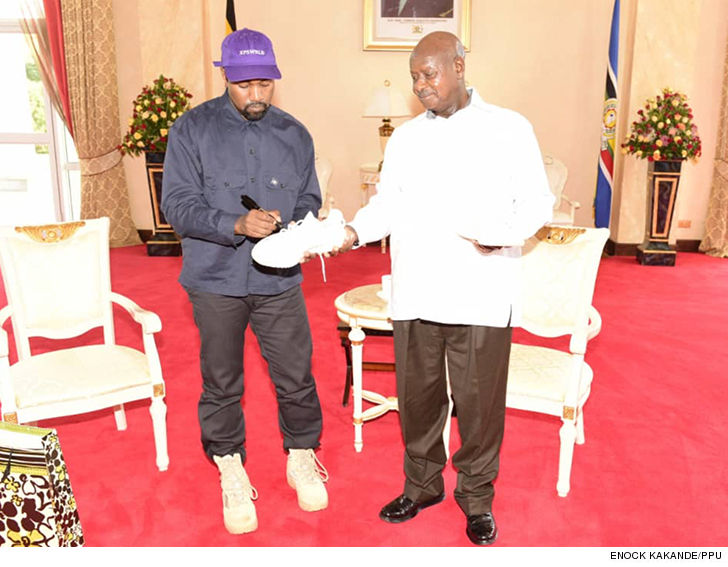 This meeting, of course, comes on the heels of  Kanye’s meeting in the Oval with President Trump … where the American Prezdo also scored a pair of Yeezys.

As we’ve reported … Kanye’s in Africa working on his next album. Big Sean’s there too. They’ll be producing music and shooting some videos during the trip.

And, while it seems like strictly business for Ye, he’s brought North and Kim along for the trip too.

”Somebody Is Pregnant For Me, And It’s Almost Due”-Mr P Reveals