The wife of the King of Iwo popularly called “Oluwo of Iwo” in Yoruba, has called for help from fans to join her in praying for her husband after he spoke on marrying Tiwa Savage.

We posted earlier that Wizkid now has a powerful competitor on his tail and we can smell the aroma of trouble as “Oluwo of Iwoland” hints that he is set to snatch Tiwa Savage from the Starboy.

The trouble seems to be knocking on the door already as the wife of the king has now spoken on the issue. The wife called for special prayers for the King, stating that he is no longer the person she knows.

She also urged fans not to talk bad about him but just say an urgent prayer as that is the only solution. 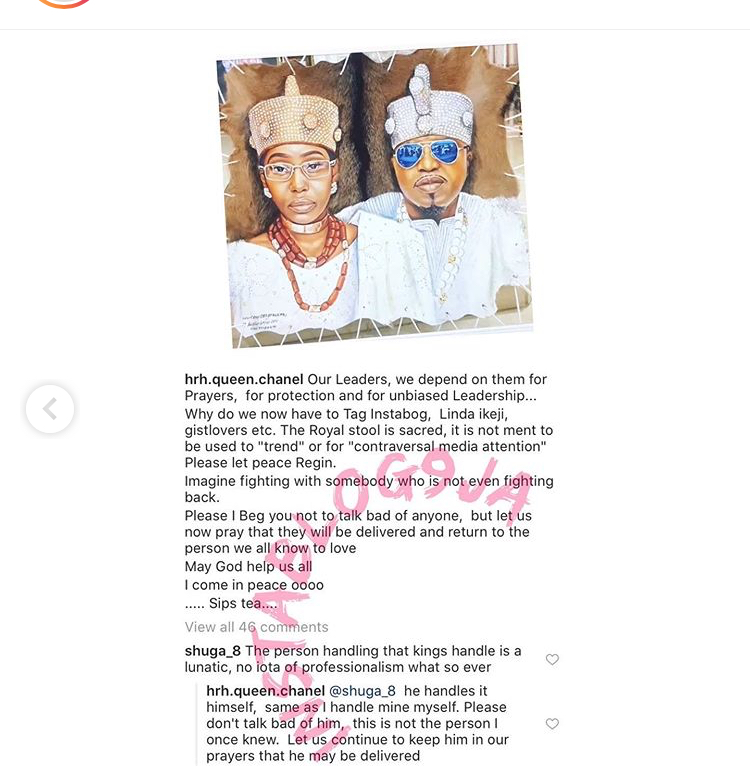 Update: Davido Reacts To Sacked Airport Official,And Here Is What He Said

Kanye,Kim and North West Having Great Time in Their African Safari...