Family, friends, and colleagues are calling on authorities to help rescue a lawyer named Bisola Ajayi (pictured above) who was allegedly picked up on Sunday night, October 4, by uniformed men in Rumukwurushi, Port Harcourt.

According to reports from people claiming to be eyewitnesses, Bisola was trailed to her house in a car by armed men. One of the men was allegedly in an Army uniform while two were in Police uniforms but they had no badges or identifiers.

The uniformed men reportedly dragged the lawyer into a white Venza and they took off.

Her sister shared a video crying for help immediately after the “kidnap”.

READ ALSO:Davido And His DMW Crew Fights Dirty As They Are Denied Entry Into Popular Ghana Club (Video)

Colleagues of the missing woman are calling for the authorities to step in and bring her home to her family.

Below are tweets narrating the incident and a video of Bisola’s sister crying for help. 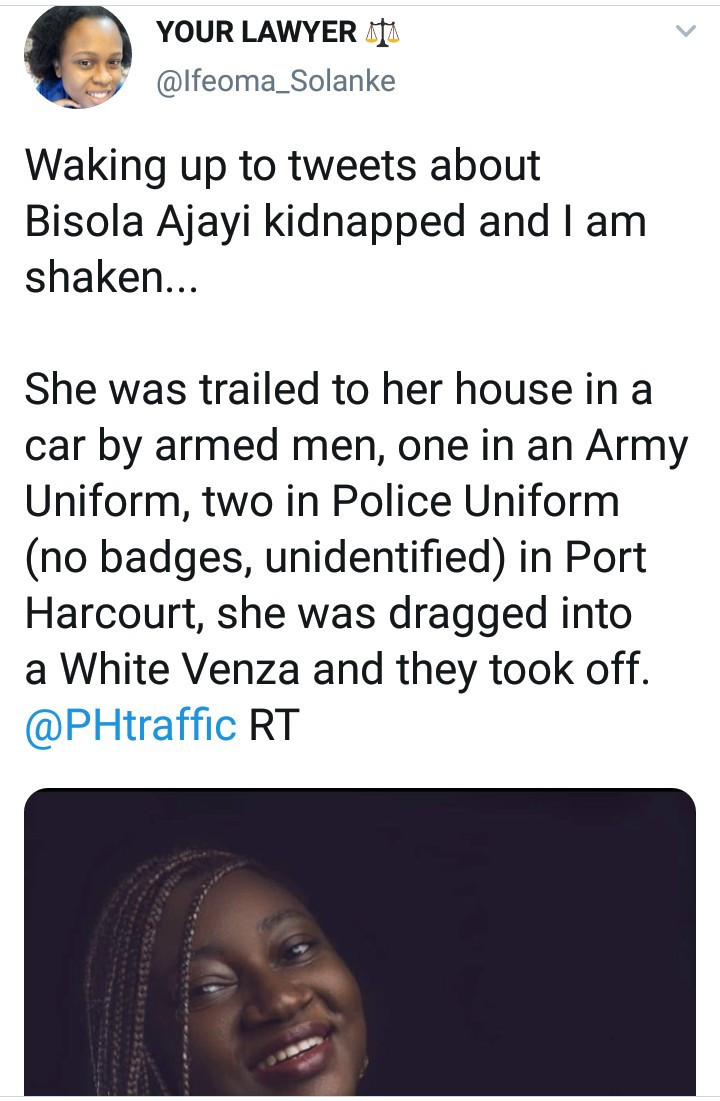 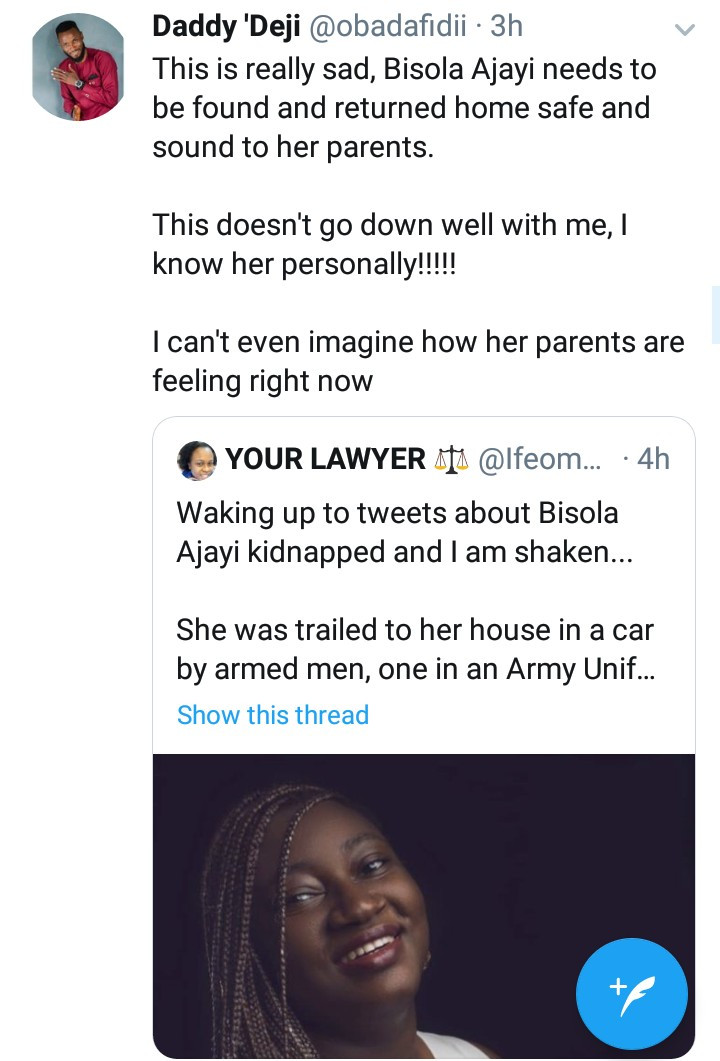 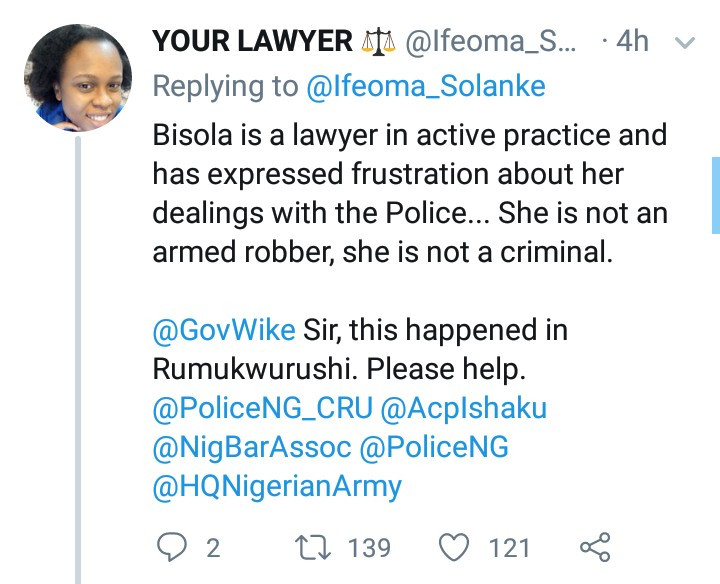 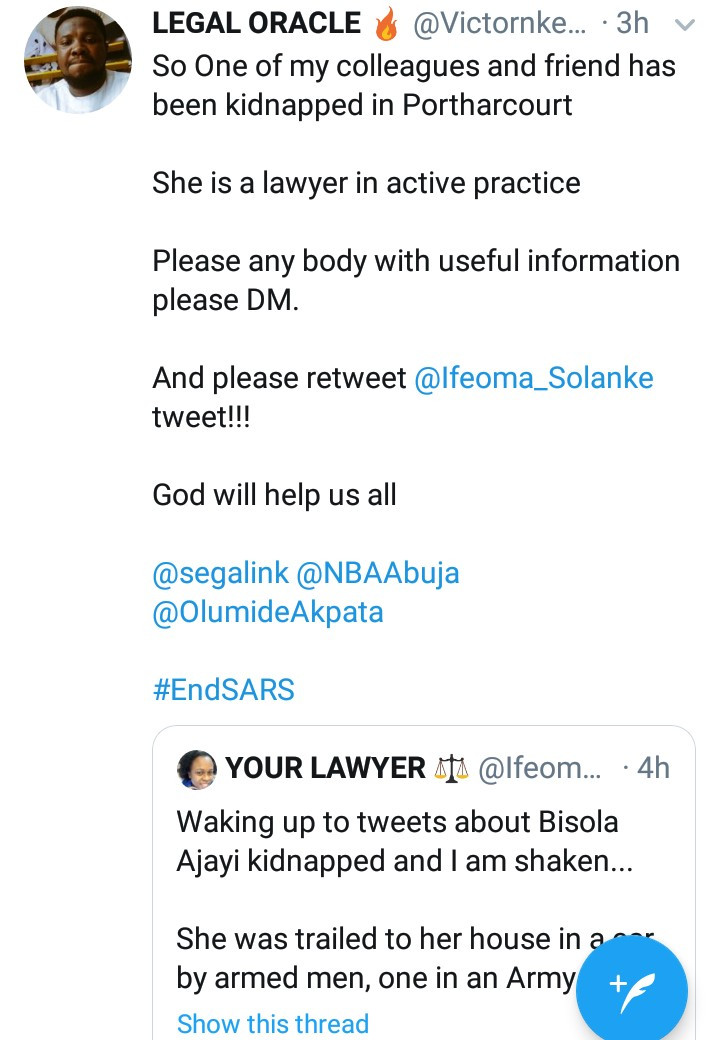 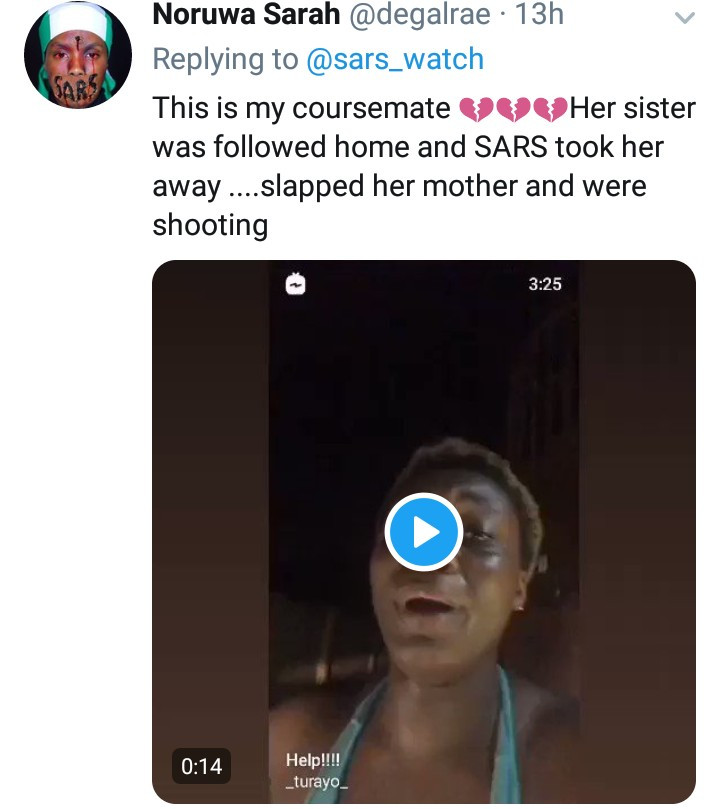 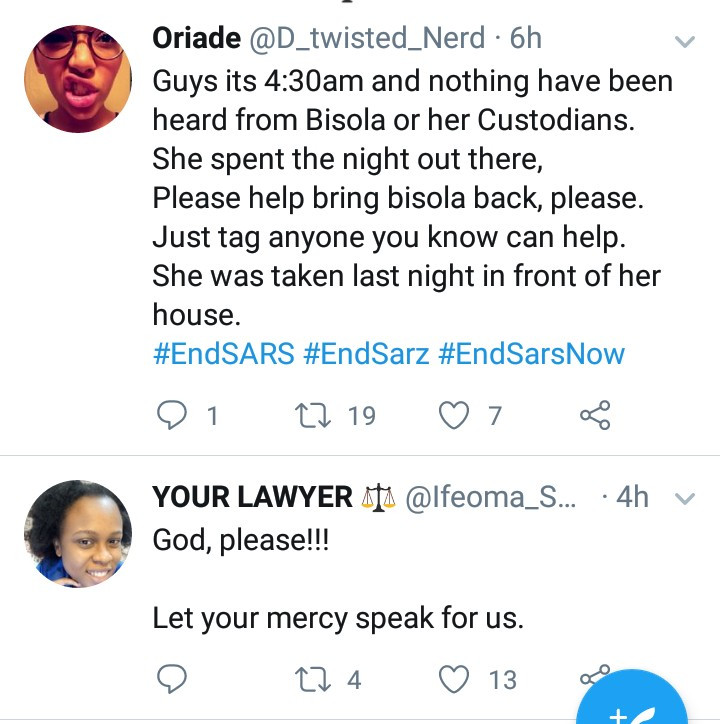 READ ALSO:Moment Davido Rescues A Guy After Pushing Him Into Pool At A Video Shoot (Video)

We pay N100 daily to sleep under Oshodi bridge – Miscreants