A lady has narrated how her late husband’s side chick called her to beg for forgiveness after receiving a doze of her own medicine.

According to the grieving woman, her late husband was attached to his side chick before his demise. She called the side chick to beg her to leave her man alone, but to no avail.

Later on, her husband died and the same side chick went ahead to get married to someone else in two weeks. However, her husband also passed away and after his death, she found out he has 3 kids for another woman.

“I was married to my husband for four years. Three years into our marriage, I noticed he was having an affair with a girl after I went through his phone conversations and saw that he bought a car, opened a shop for her mom and sends them money regularly.

My husband’s attitude changed, he became unavailable. There was no more communication between us. His absence worried me and our child. So I took the girls contact and called her, begged her to leave my man alone but she sent me straight to hell. 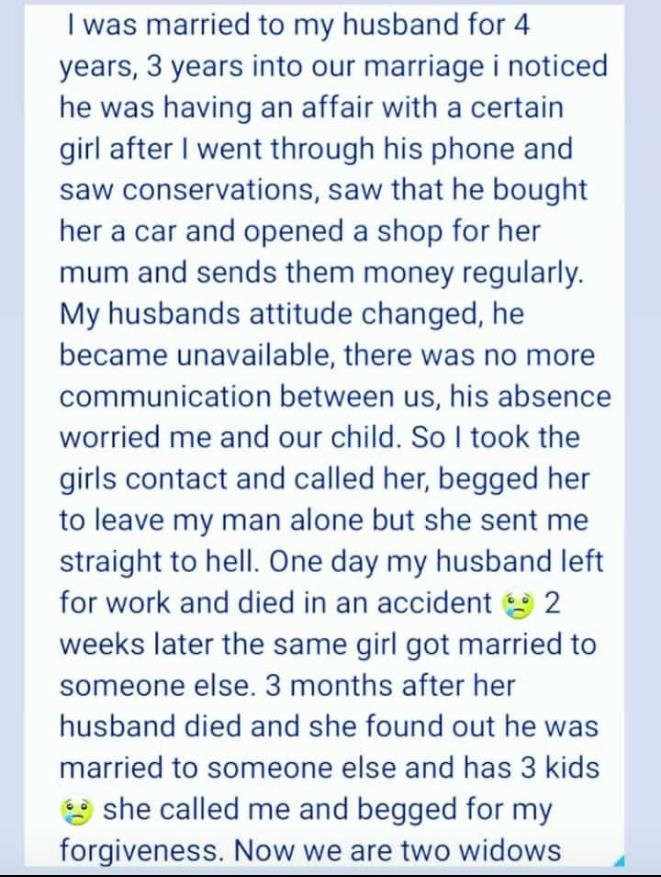 My husband’s manhood is too big – Woman tells court

SHOCKING!! Man reveals how he got his mother in-law pregnant

Lady ends relationship with her boyfriend for proposing with N10,000 ring