The Lagos State Commissioner for Health, Akin Abayomi has confirmed the death of a patient who died from COVID-19 complications at the Lagos University Teaching Hospital, Idi Araba.

Recall we had earlier reported that the man was taken to the government-owned facility by his family members and claimed to have had only fever/tiredness, He didn’t disclose his travel, medical history.

The commissioner in a statement on Twiter said the deceased lived in Holland but returned to Lagos two weeks ago. He had a Kidney transplant 7 years ago and was also diabetic and was on high immune-suppressing drugs. 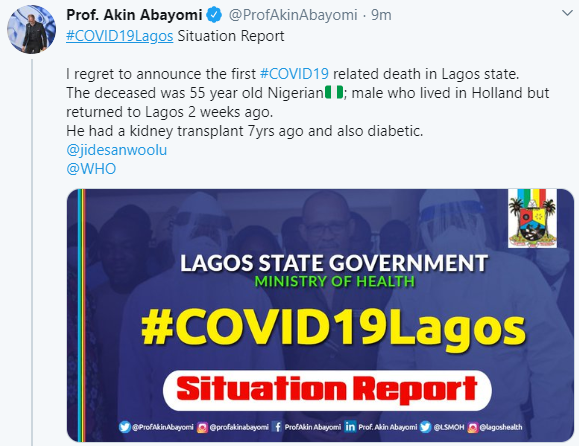 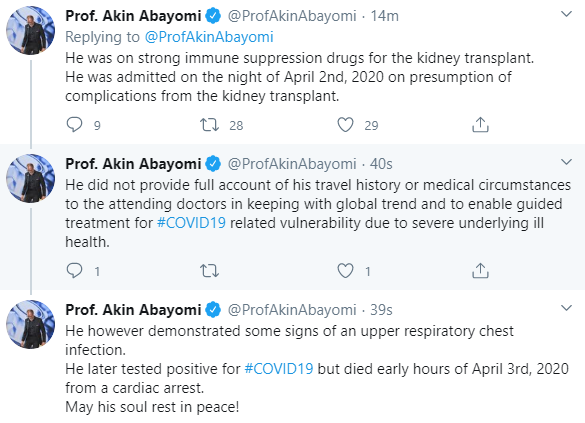