A leaked chat between a married man and his wife’s supposed female best friend has sparked outrage on social media.

From the chat, the wife’s bestfriend could be seen shooting her shot at her best friend’s husband, and making serious attempts to get down with him.

READ ALSO:3 Children Found In The Pool Of Their Blood After Police Raided A Female Ritualist’s Home (Graphic Photos/Video)

She claimed she was in love with him, and wanted them to be intimate. She also promised to keep whatever happens between them a secret.

However, the man in question turned down her request, saying he would not cheat on his wife with another woman, let alone his wife’s best friend.

See their chats below; 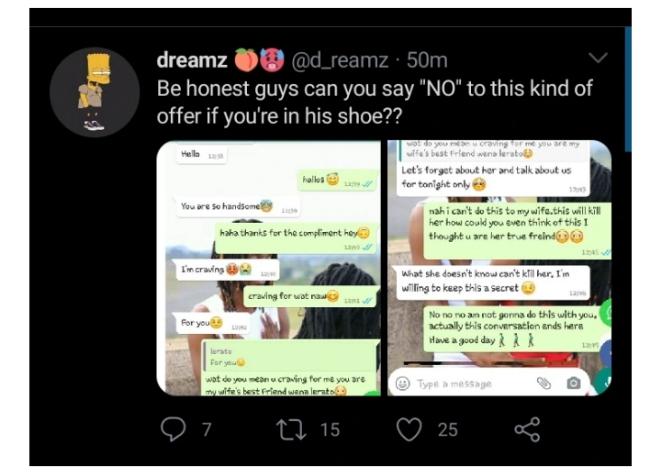 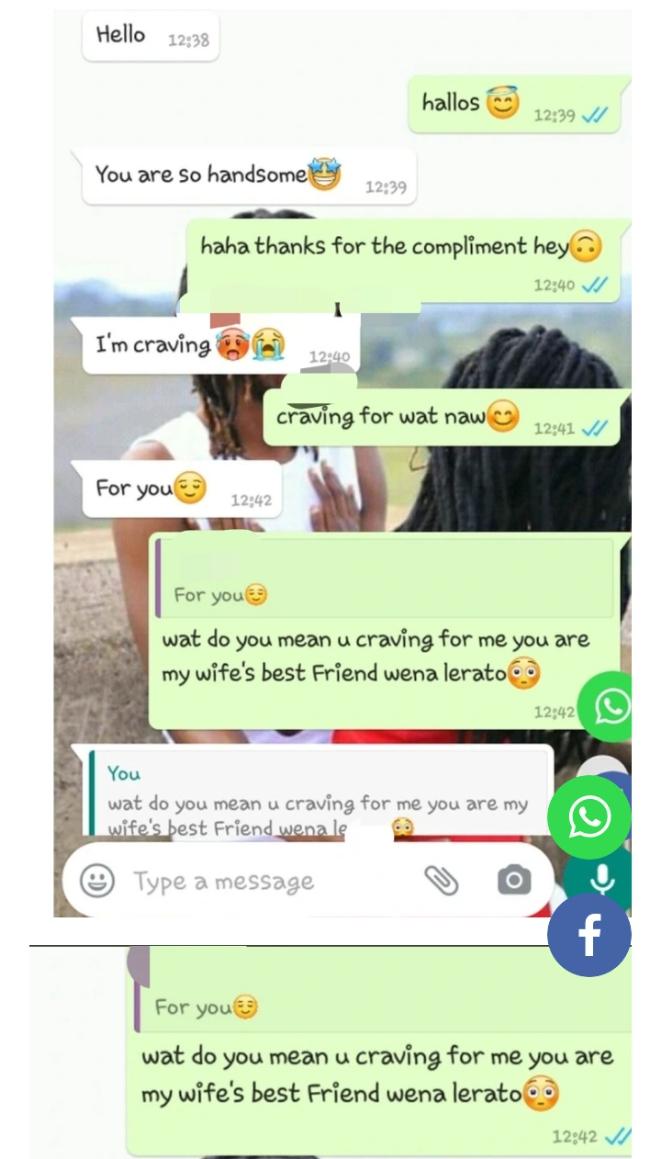 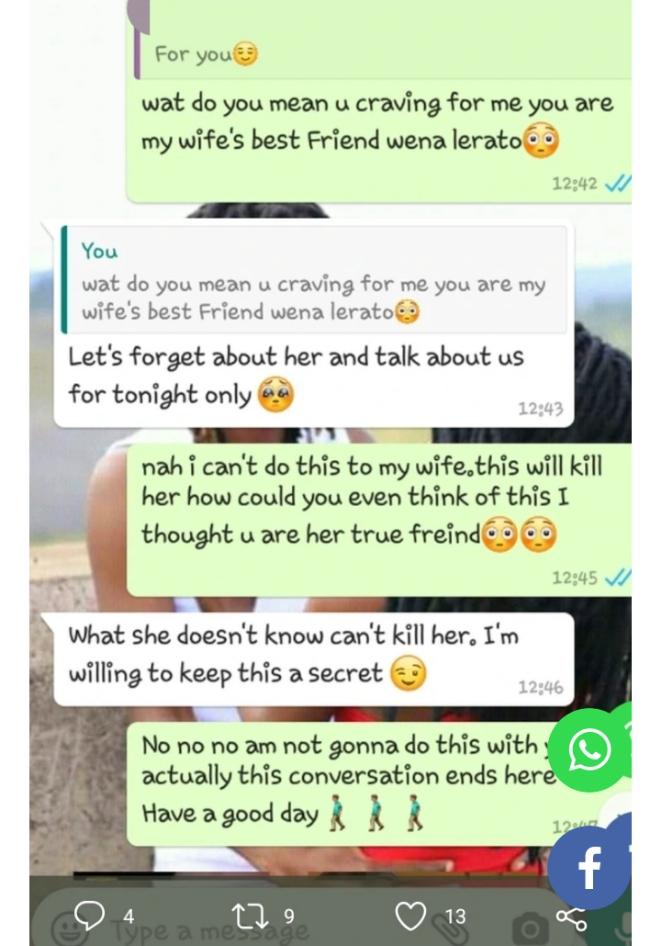 My wife is a drunk, I found 12 sachets of Seaman Schnapps in her bag – Divorce seeking man

‘After having s3x with a married man, I feel very bad now, I can’t even eat & sleep’ – Lady says

VIDEO: Lady narrates how her man abandoned her in a hotel room

‘After four children, my husband of 31 years still beats me till I bleed’

Teacher kidnapped at her home in Kaduna 3.00am this morning