Legendary football star Diego Maradona has died from a heart attack less than a month after turning 60.

The Argentinian football legend died at home, his lawyer said, just three weeks after having surgery on a blood clot in his brain.

Maradona won the World Cup with Argentina in 1986, having knocked England out of the tournament in a match which saw him score the infamous ‘Hand of God’ goal and another – widely considered to be one of the greatest goals of all time.

Regarded as one of the greatest players of all time on the pitch, his life off the pitch was equally notorious – amid battles with drug and alcohol addiction.

Diego Maradona, Argentinian footballing legend and one of the greatest ever to play the game, has died at the age of 60 (pictured lifting the World Cup in 1986) 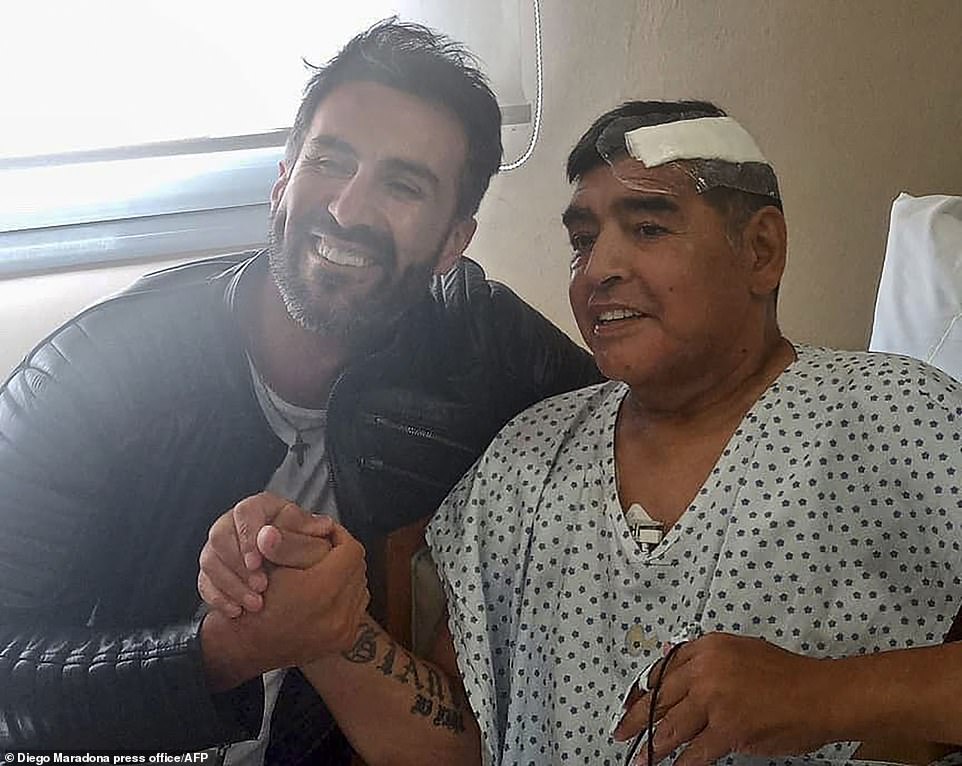 LAST PICTURE: Maradona’s death comes just three weeks after he underwent surgery on a blood clot in his brain (pictured), and less than a month after he turned 60. 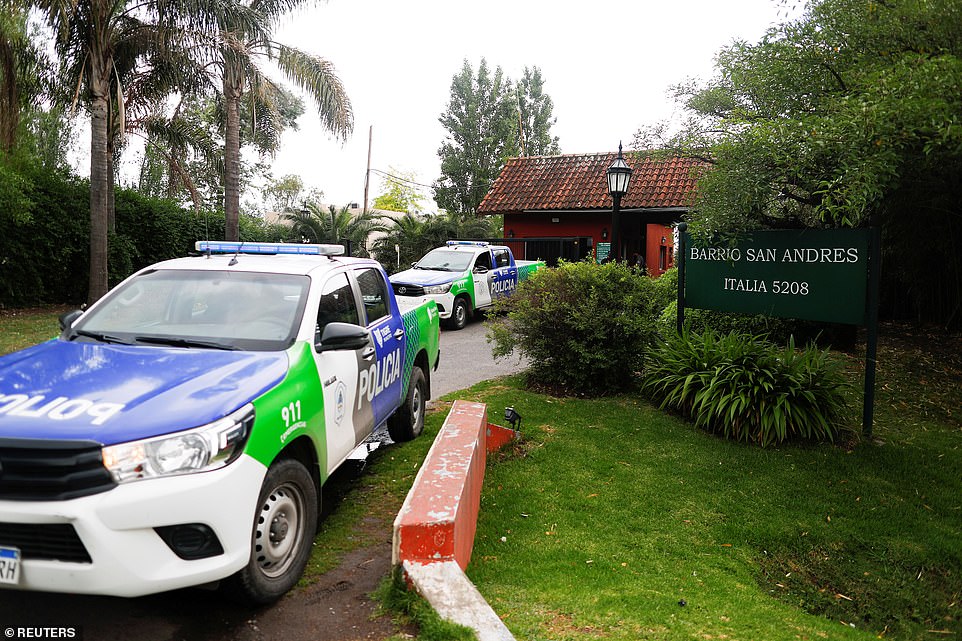 Police cars are seen outside the house where Diego Maradona was recovering from surgery, in Tigre, on the outskirt of Buenos Aires, Argentina, on Wednesday 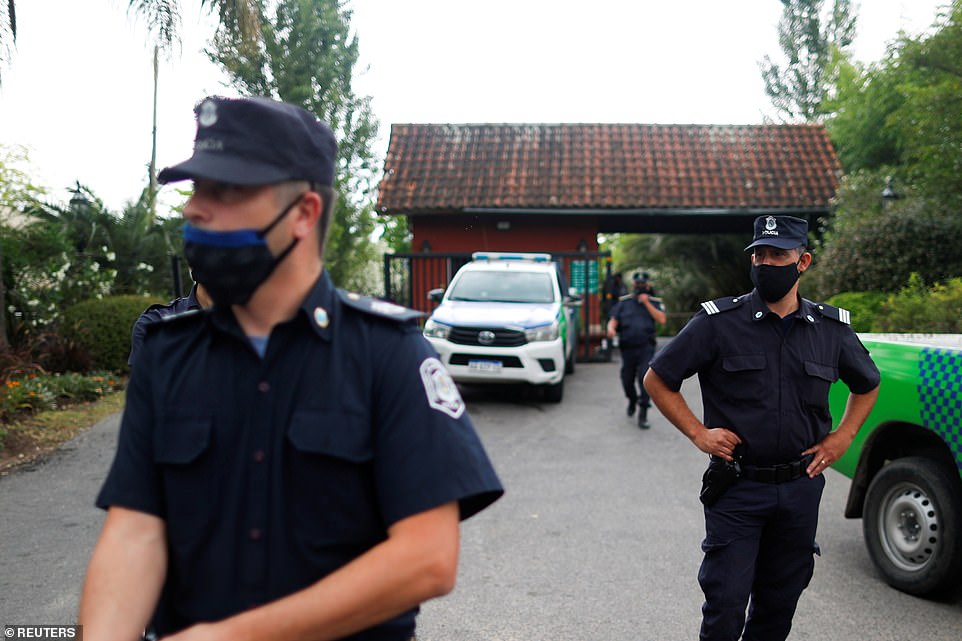 Police officers outside Maradona’s home on outskirts of Buenos Aires, Argentina, on Wednesday 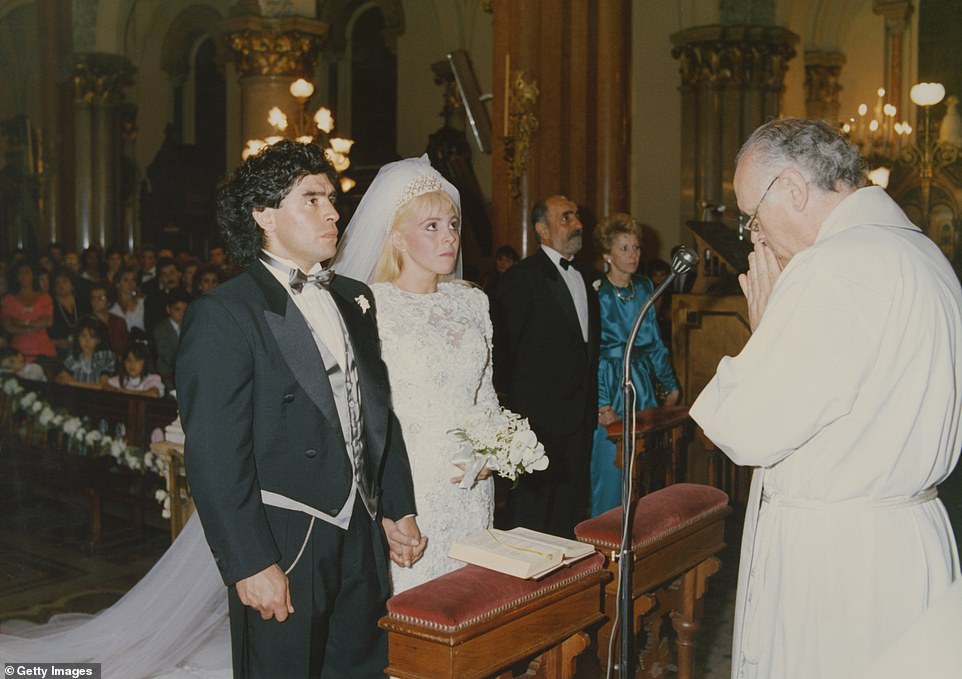 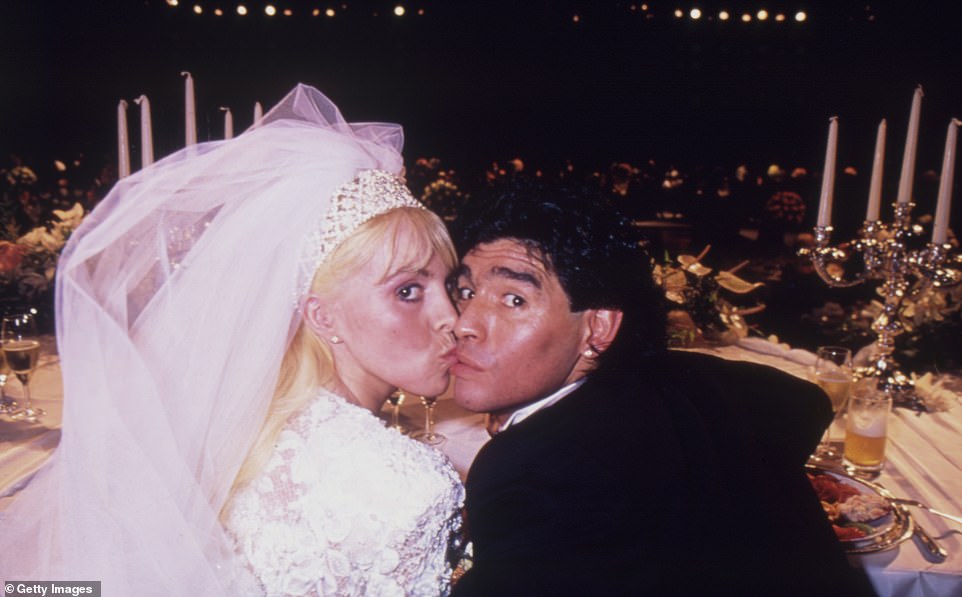 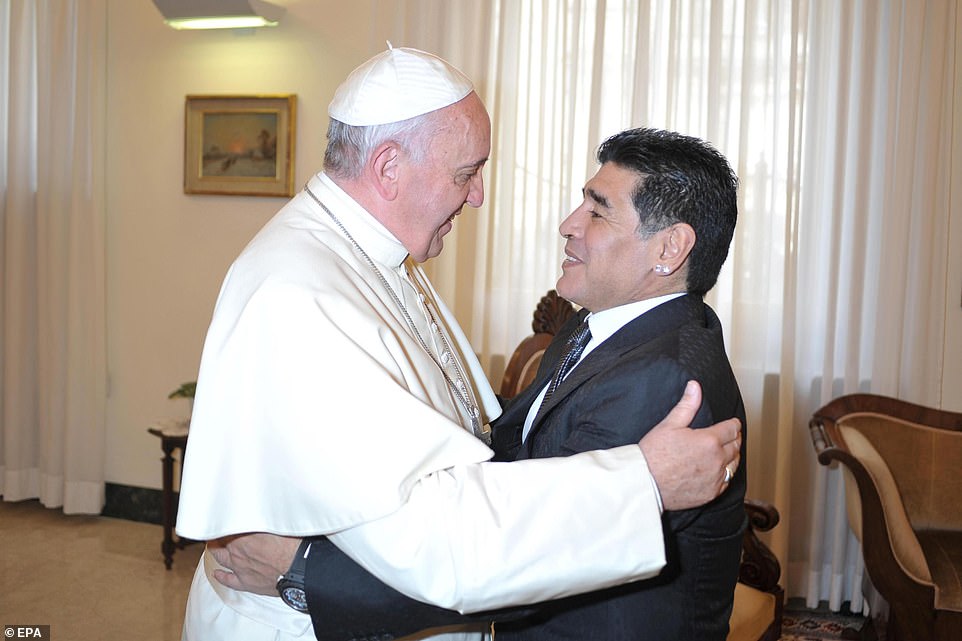 ‘You took us to the top of the world. You made us immensely happy. You were the greatest of all,’ the Argentine leader tweeted. ‘Thanks for having existed, Diego. We will miss you for a lifetime.’

Hand of God was ‘revenge for the Falklands’

Despite being known as one of the greatest ever to grace the pitch, Maradona’s legacy also includes a moment of infamy – when he handled the ball past England keeper Peter Shilton during the 1986 World Cup quarter final.

Speaking in a documentary released last year, Maradona remained unrepentant – calling the goal ‘symbolic revenge against the English’ for the Falklands War.

Speaking about the match, played four years after the war – which ended with British victory – Maradona said: ‘The hype made it seem liked we were going to play out another war.

‘I knew it was my hand. It wasn’t my plan but the action happened so fast that the linesman didn’t see me putting my hand in. The referee looked at me and he said: ‘Goal.’

‘It was a nice feeling like some sort of symbolic revenge against the English.’

”I Can Get New Acquaintances, But No New Friends”-Erica In Live Interview

Actor Williams Uchemba Shares Photo of Girls He Helped Get Back...