A famous Nigerian singer who blessed the country with evergreen songs has passed away in the South-eastern part of the country.  Legendary Nigerian musician, William Onyeabor famously known for his song ‘When the going is smooth and good’ has died at 72.

His first son, Charles who is currently in Italy confirmed his death exclusively to us saying, 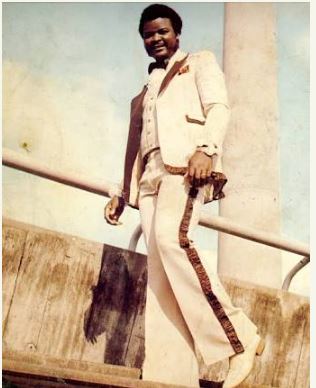 Before his death, Onyeabor had 10 studio albums and a cult following especially outside Nigeria. Onyeabor was a remarkably elusive musician who, in the 1970s and ‘80s made ground-breaking, futuristic, synth-heavy electronic music that was far ahead of its time.

In his first ever radio appearance on the Lauren Laverne Show on BBC 6 Music in December 2014, he said

‘I only create music that will help the world’

The late music icon is survived by 4 children and 4 grand-children. There are conflicting reports about his age but he was born between the years 1945 and 1946.

Tonto Dikeh, Don Jazzy, Falz others turn up for Richard...

Omotola Jalade shares photo of herself in the kitchen