Nigerian renowned Blogger, Linda Ikeji has come after superstar musician, Wizkid aka Starboy on Twitter following incessant rants about COZA pastor, Abiodun Fatioyinbo. Their sworn vendetta continues as Linda draws first blood by reacting to the Twitter post Wizkid made about fake pastors and churches. Expressing her anger towards the singer, Linda said:

U have no right to say someone is fake, you have to remove those dirt from your eyes first before trying to remove someone’s own.. Na only thief dey know thief, you know what i’m talking about 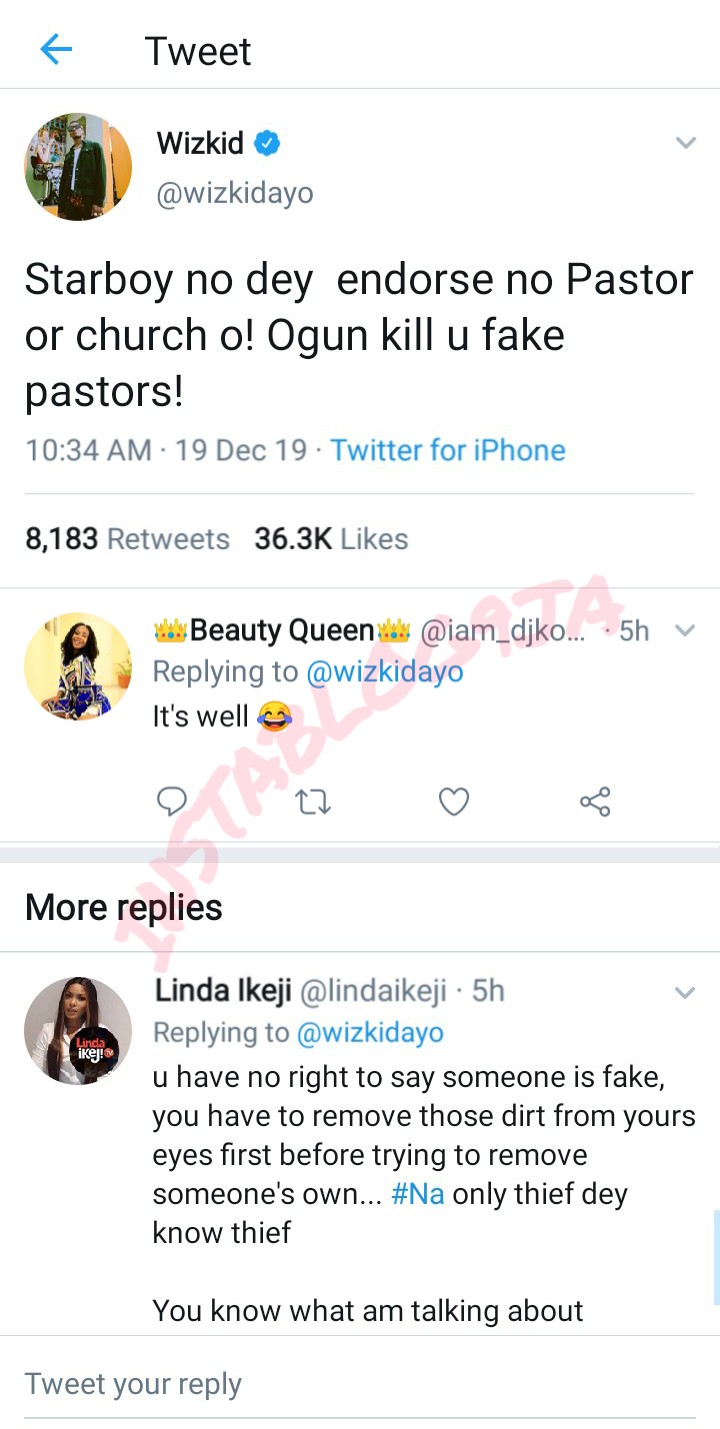 Linda sounded so cocky as though she knows a lot of top secrets about Wizkid who has effortlessly kept a low profile over the years, compared to his counterparts known for living a noisy and lavish lifestyle.

Could this be another chapter of war between the two heavyweights? The last was very brutal and the duo was way less influential than they both are today. They both have tried to steer clear of each other for years but we guess Linda could not bottle how she was feeling anymore…We can only expect more drama in coming days.

My family wants to drown me – Cubana Chief Priest cries out

Angelina Jolie Not Making Brad Pitt Have a Good Relationship with...