Another yet to be identified young man attempted to commit suicide in the early hours of today February 27, after he came down from a cab he was in and jumped into the Lagos Lagoon on the Third Mainland bridge.

According to RRS who shared photos from the scene, the young man who tried to kill himself by jumping into the lagoon, however landed on floating logs of wood beneath the Third Mainland Bridge.

The cab driver when interrogated by RRS officials, said he picked the yet-to-be-identified man from Igando, a suburb of Lagos.

“I carried him (the passenger) from Igando and he insisted I pass through the Third Mainland Bridge. On getting to the bridge, he asked me whether this was Third Mainland Bridge and I answered yes. He told me that he was pressed and that I should wait for him to ease himself. I was curious. At this time, he was forcing me to wait. I stylishly drove him to the point where the RRS men were standing inward Lagos. I told him I was no longer interested in the trip before I approached the police officers leaving him inside the car.” the cab driver said

The incident is coming less than two weeks after a 22-year-old graduate of the Lagos state University, Daibo Toju Davies, alighted from a vehicle and jumped into the Lagos Lagoon. 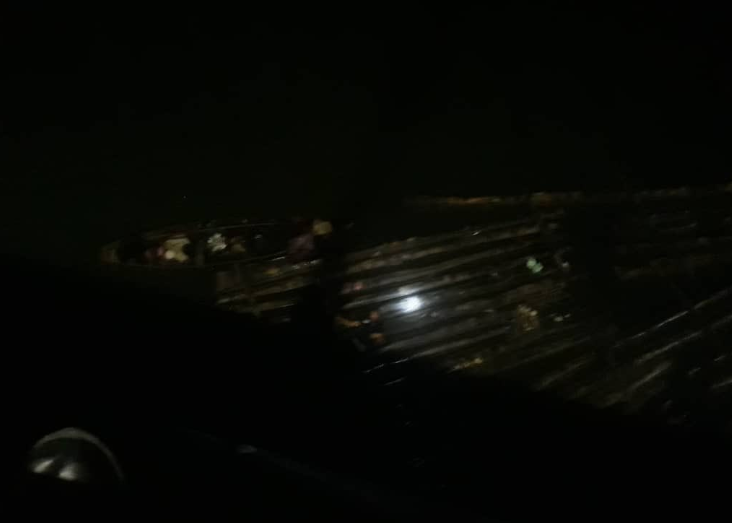 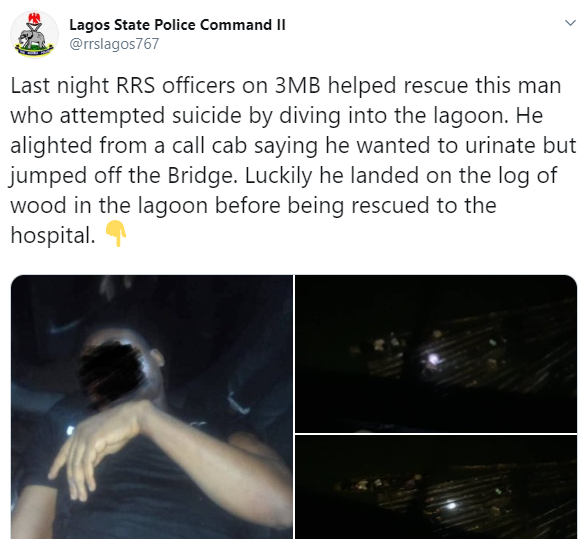 “If A Person Decides To Rape You, Give Him Sex” – Nigerian Man Advice Ladies

Nigerians Blame ‘God’ For All The Atrocities In The Country (TWEETS)