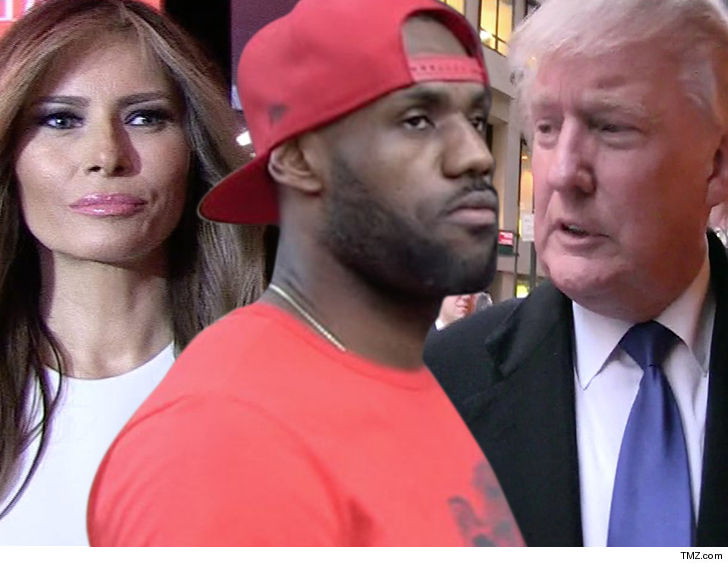 Melania Trump‘s not going to bat for her husband after his derogatory and utterly disrespectful tweet Friday night … and is instead lending her support to LeBron James.

FLOTUS addressed Donald Trump calling both LeBron and Don Lemon dumb, through a statement by her spokesperson to CNN saying … “It looks like LeBron James is working to do good things on behalf of our next generation.”

According to her statement, Melania would also be open to visiting LeBron’s I Promise School in his hometown of Akron as part of her “Be Best” initiative.

So — instead of backing POTUS on this one — seems like the First Lady’s more down to team up with Bron.

“6 years down; forever to go, Until the end.”-Kim Kardashian Celebrates With Kanye West On Their 6th Wedding Anniversary (Photos)

All the Hate in the World Couldn’t Stop Me – Chris...