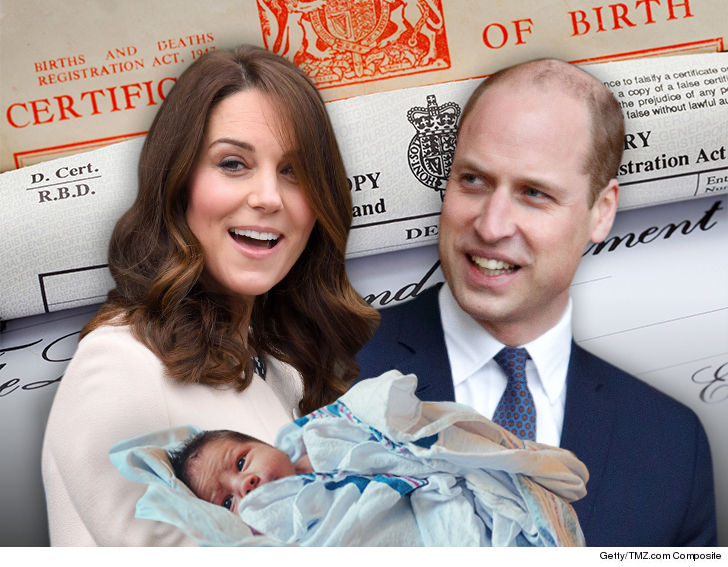 Kate Middleton and Prince William haven’t announced the name for their newborn son yet, but there’s already a bunch of people betting it’ll be Arthur.

We reached out to Ladbrokes, a major UK betting company, who’s been taking bets on the new royal baby name and Arthur is the clear frontrunner.

If you’re wondering why Arthur … royals are traditionally named after relatives and Arthur is commonly used in the royal family. Both Prince Charles and Prince William have Arthur as a middle name, but it hasn’t been used as a first name in a while.

Check out the top contenders:

There are some familiar names on the potential godparent list as well … the top contender is Tiggy Legge-Bourke, Prince William’s old nanny … and Prince Harry comes in at 10/1 — tied with Pippa Middleton, Kate’s sister. Meghan Markle is further down at 14/1. Some celebs with not such good odds? Elton John at 50/1, David Beckham at 100/1 and Donald Trump at 1000/1.

Kate and Prince William’s son was born Monday morning at St. Mary’s Hospital in London. It’s their third kid, second son and fifth in line to the throne.

Update: Davido Reacts To Sacked Airport Official,And Hear Is What He Said